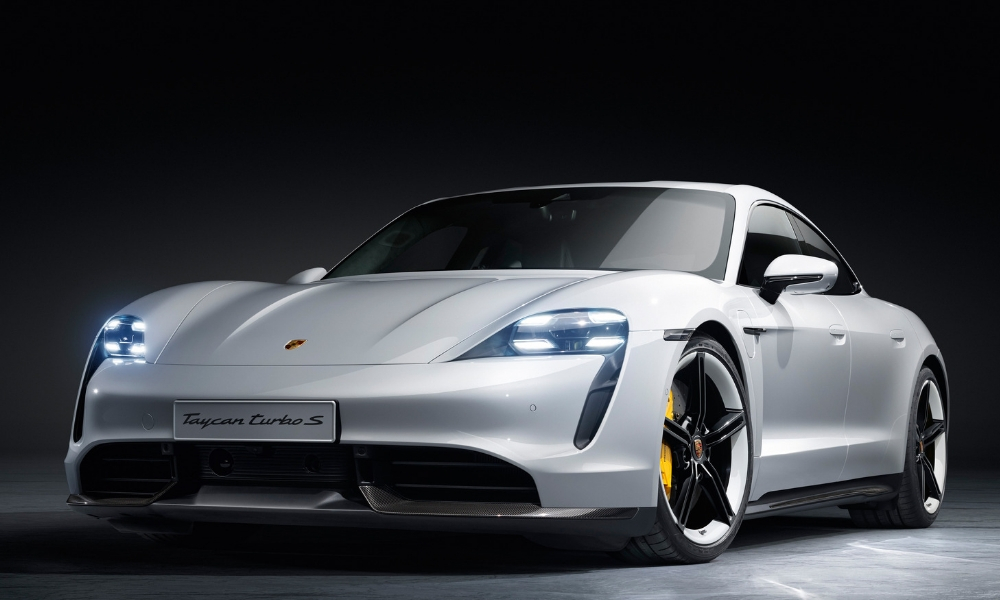 After a long wait, the much-anticipated Porsche Taycan has officially been revealed in production form. It’s the first all-electric vehicle from the German automotive icon, so it has plenty to live up to. The big question on everyone’s mind is whether or not the Taycan will drive like a real Porsche. For now we’ll have to settle for official photos and specs. 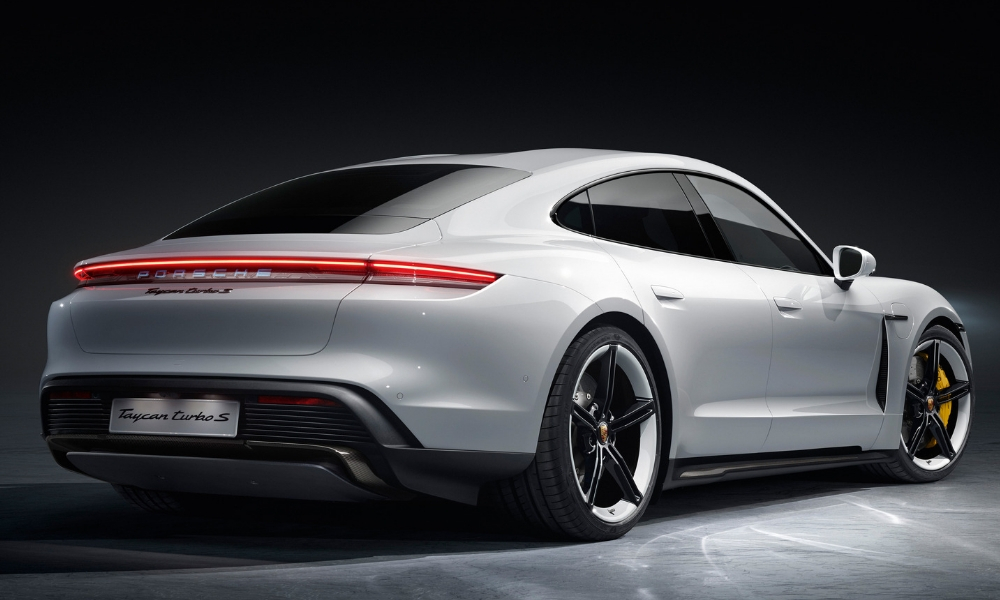 As we knew before, system voltage for the Taycan is 800 volts, a first for any car. That means using a DC charger, the car can get 62 miles of range in just 5 minutes. That’s a nice option, considering sometimes people don’t have 20 or 30 minutes to wait for their car’s battery to recharge. However, if you want an 80-percent charge, that takes 22.5 minutes.

Exterior design is nothing surprising. It looks distinctly Porsche, but with enough exterior cues to let anyone know this is not your regular Porsche. One dead giveaway is the glass-effect Porsche logo featured in the rear light bar. Of course, the headlights and vertical intakes just below them are even more telling. 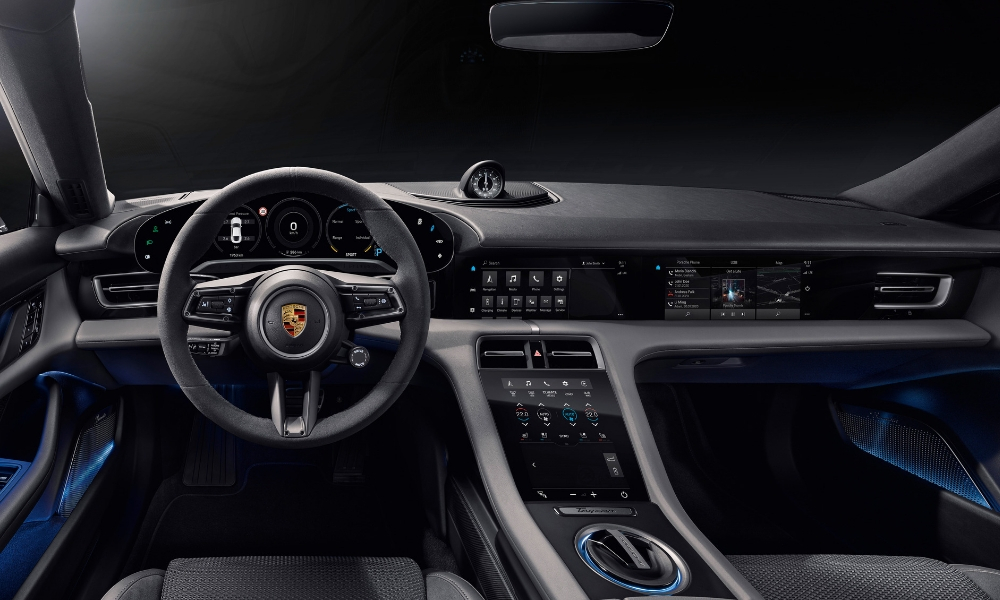 When it comes to interior tech, the most notable feature is the ability to have pretty much a continuous stretch of screens from one end of the dash to the other. There aren’t many physical controls, but the car has voice commands. Following Tesla’s lead, there will be a leather-free option for the seats and other surfaces.

No doubt the Taycan will be in high demand, with preorders apparently surging well beyond the 30,000 mark at the end of July.