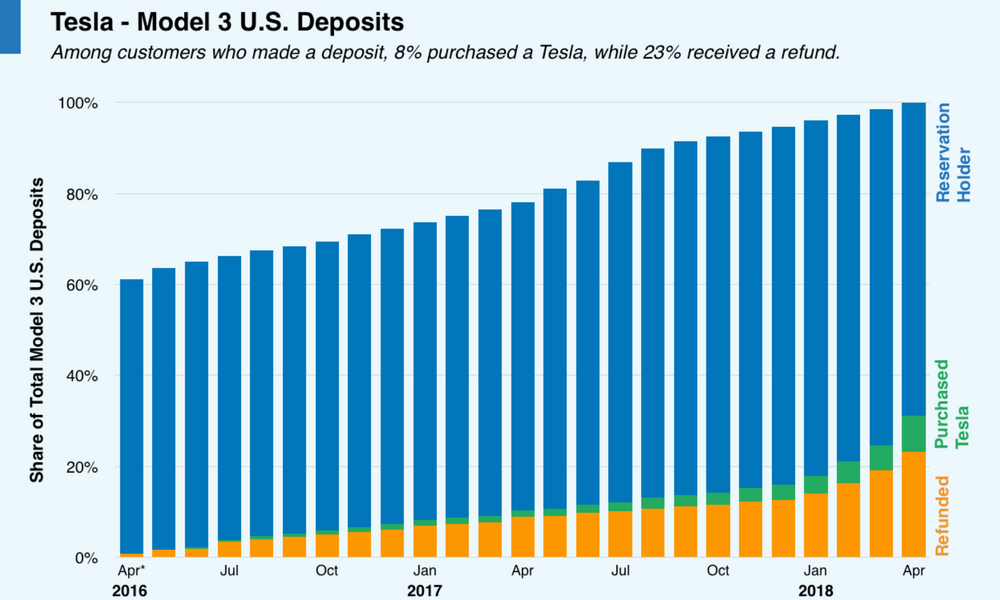 Ever since Tesla made a huge splash with hundreds of thousands of Model 3 reservations, people have wondered how many customers would give up on getting theirs. As the California automaker has struggled with production issues, interest in reservation cancellations has only risen. Of course, Tesla won’t thoroughly disclose the info, but has been using those reservation figures to its advantage.

Now, we finally have some answers. Second Measure, a company that specializes in analyzing credit card transactions, conducted an interesting study on Tesla Model 3 reservations. It concluded the car company still has about 450,000 deposits from people who want the fully-electric car. Of those, about 60 percent were made in the first month reservations were accepted. That’s impressive, to be honest, since that was clear back in April 2016.

While people have been canceling their reservations and requesting a refund on their deposit starting in April 2016, that number spiked just this past April. That was when Tesla CEO Elon Musk dropped the bomb that production of all-wheel-drive and budget-friendly versions of the Model 3 would be delayed anywhere from six to nine months.

Tesla is contesting the figures from Second Measure, saying they don’t accurately reflect the actual number of Model 3 reservations.