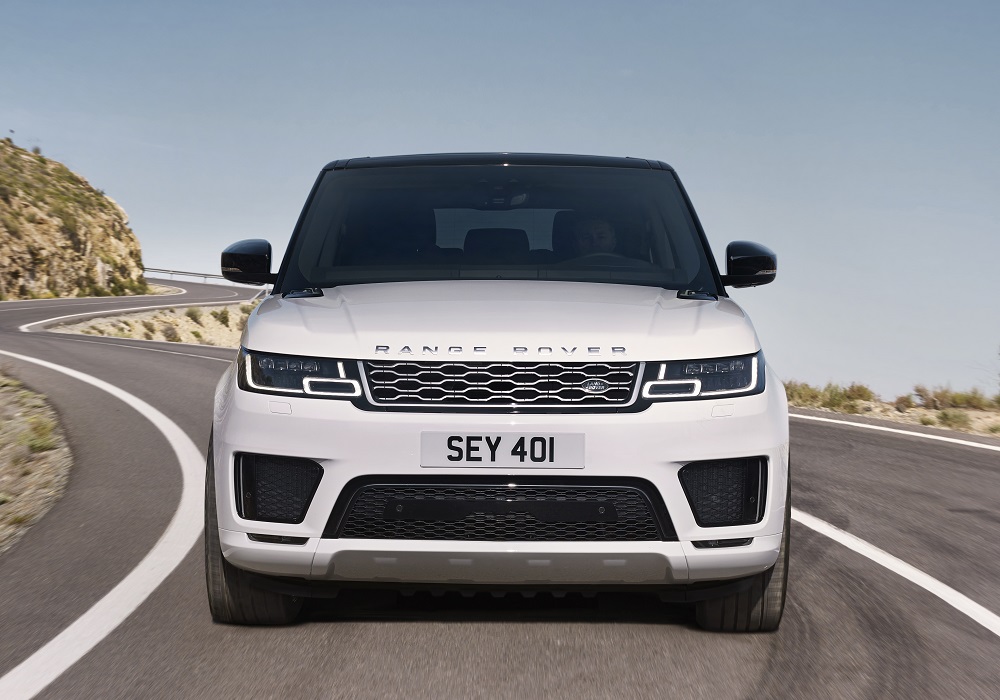 Jaguar Land Rover has been talking about a shift to electrification in recent times, and this is its first-ever dive into this pool. Dubbed the Range Rover Sport P400e, this rig will make use of a 296-horsepower 2.0-liter four-cylinder and a 114-horsepower electric motor to deliver a total output of 398 horses and 472 pound-feet of torque. The power will route through an eight-speed auto transmission and a permanent four-wheel-drive system. Performance will be pretty good for a hybrid — especially one this size. It’ll hit 60 mph in just 6.3 seconds and top out at 137 mph (85 mph in all-electric mode). But where the Range Rover Sport P400e will truly excel is with its Land Rover-estimated 31 miles of all-electric range. Land Rover also estimates a 101-mpg rating on the fairly forgiving NEDC cycle, which will likely translate to a 75-mpg-e rating here in the U.S.

Owners will charge the Range Rover Sport P400e via a charging point hidden behind a panel on the grille. It’ll use a 7-kW on-board charger that will fully charge the 13.1-kWh battery in about 7.5 hours on a domestic plug and in just under three hours on a fast charger. On top of the domestic plug, the P400e will also come with a public-charging cable.

The owner can also choose the ideal time to charge their Range Rover Sport P400e via the timed charging features on the infotainment system. In markets with peak-time electricity price increases, this will allow the owner to only charge during hours when electricity prices are the lowest. Pricing isn’t available on the 2019 Land Rover Range Rover Sport P400e yet, but we do know the automaker plans to have it in U.S. showrooms in the summer of 2018.