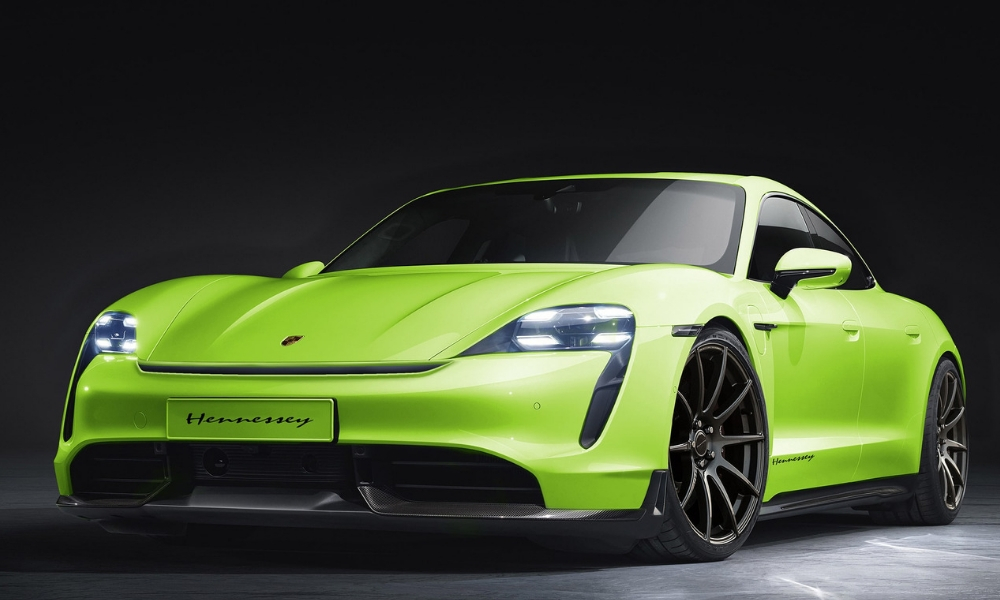 It was only a matter of time, and that time has come, because Hennessey is tuning its first electric vehicle. The Texas company recently announced it will work to make the Porsche Taycan faster.

How exactly is Hennessey going to modify the Taycan isn’t entirely clear. The company revealed it will start by changing out wheels and tires, something that impacts how any car drives. From there, the Texas tuner says it will do some interior upgrades, which probably means lightweighting, but it could be more.

The next step would be exterior upgrades, with “more aggressive” front and rear bumpers mentioned. While many people immediately would think of the Fast and Furious cars, Hennessey is a legit tuner and doesn’t go for useless add-ons, so the bumpers and other exterior mods should boost performance, likely aerodynamics but maybe cooling and other items.

Immediately after this announcement Tesla fans started raging, because that’s what they do. Why didn’t Hennessey tune a Model S P100D? Why isn’t Hennessey going to tune the upcoming Roadster? Good questions, and surely there are answers that don’t involve some sort of conspiracy. John Hennessey did say he’s been looking to work on electrified vehicles for some time. It’s hard to imagine he hasn’t spoken with Elon Musk, but for whatever set of reasons that didn’t work out.