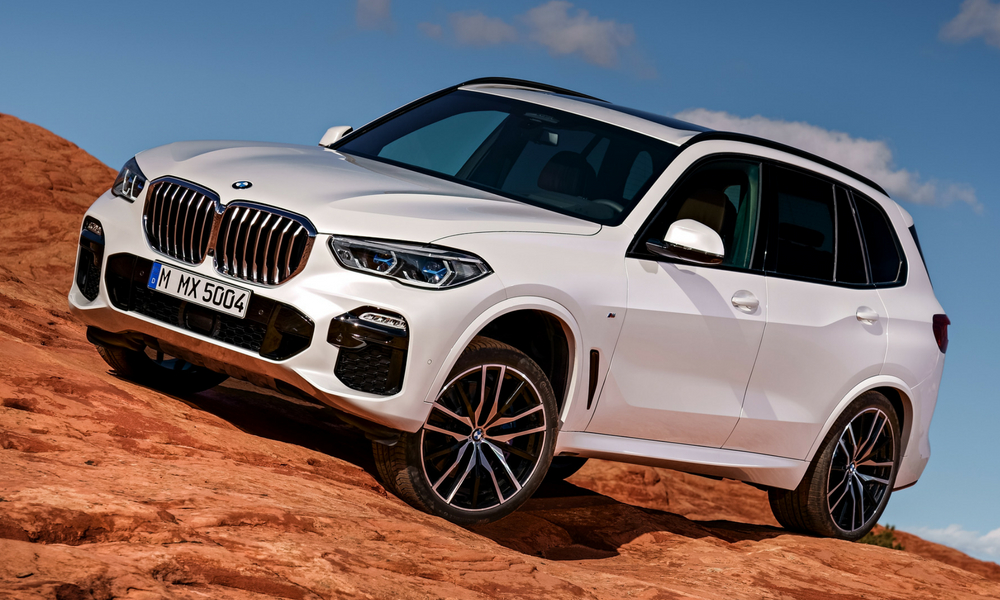 The X5 was the one that started BMW’s journey into the SUV, I mean SAV, market. Now we’ve finally seen the 2019 model, which kicks off the fourth generation of this successful vehicle. You should know pretty much everything is different and it’s bigger than ever.

The wheelbase is 1.6 inches longer, overall length grew by 1.1 inches, the X5 is 2.6 inches wider, and it’s one inch taller. BMW built it on the new CLAR architecture that boasts better ride quality and integrates more technology.

The xDrive35d is coming next year with a 3.0-liter turbodiesel inline six. That’s a bold move in these times. Come 2020, a plug-in hybrid model will be released. BMW apparently will release a model that uses a four-cylinder engine. Meanwhile, the new X5 M has no release date, but likely will come out much later.

Other changes include the huge kidney grilles, autonomous tech for brief hands-free driving, and even a system that will back up or park the SAV for you.