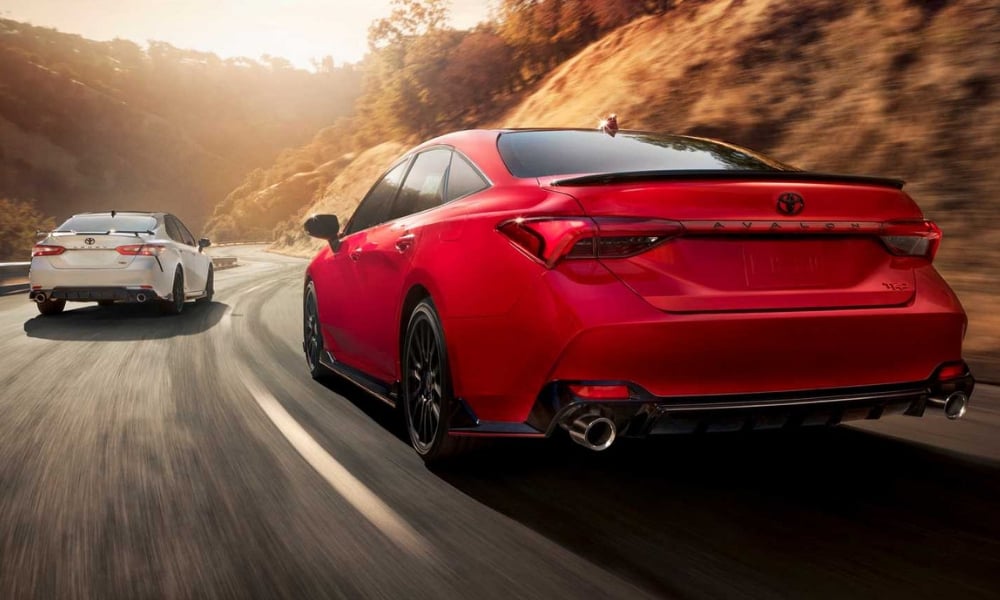 It was just November 2018 when Toyota did what some thought was a joke at first: reveal a performance-oriented version of the Avalon sedan. If you haven’t driven the current generation of the Avalon, you’d be excused from assuming a TRD model is too far out there. It should be a solid seller, because some people want a large Japanese sedan with a little something extra.

November was a long time ago, so if you don’t remember what the Avalon TRD has that makes it special, you’re forgiven. Among the upgraded equipment is more aero enhancements, improved body rigidity through thicker braces, a TRD dual cat-back exhaust system, lighter matte black wheels, and larger brakes.

Some critics think this will be a rare misstep for Toyota. After all, sedan sales aren’t hot, SUVs are. But with American automakers retreating from the sedan market, now might be the best time for Toyota and others to really up their game and slice out more market share.

Continue Reading
You may also like...
Related Topics:Toyota, Toyota Avalon