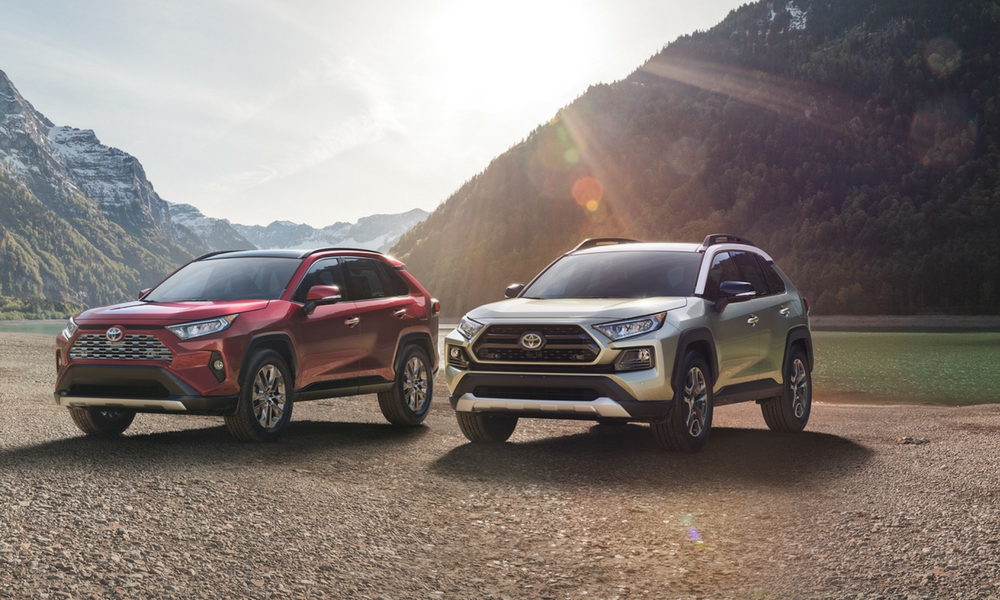 We knew Toyota was going the reveal a redesigned RAV4 in New York, but nobody was completely prepared for one that looks this good. Now rappers won’t be able to use “driving a RAV4” as a cutdown in their music, and that’s just crazy.

Toyota didn’t need to do all that it changed up with the RAV4, because the SUV absolutely kills everyone else in its segment. Engineers worked for about four years to improve all-around performance. That means better handling, more power, and a cushier ride.

Two powertrains will be available. One is a Dynamic Force 2.5-liter four-banger with VVT-iE and an 8-speed automatic. The other uses the same engine, put pairs it with electric motors, ECVT, and a battery, continuing the expanded hybrid lineup for the RAV4.

Another big development is the dynamic torque vectoring all-wheel drive, which features a driveline disconnect for improved fuel efficiency. You can still get the AWD-I for hybrids and the regular AWD for the rest, just like on the 2018 models.

Speaking of hybrids, Toyota has added an XSE Hybrid model, which it says is the sportiest RAV4. That’s not much of an endorsement, but okay. And no, Toyota hasn’t released any performance specs, so let’s just speculate the hybrid models push 300 horsepower and the rest are around 240 horsepower, with torque at 310 lb.-ft. and 230 lb.-ft. No, it’s probably not that high, but I can dream.

Toyota also isn’t saying when the new RAV4 hits dealers, but it couldn’t be later that fall.