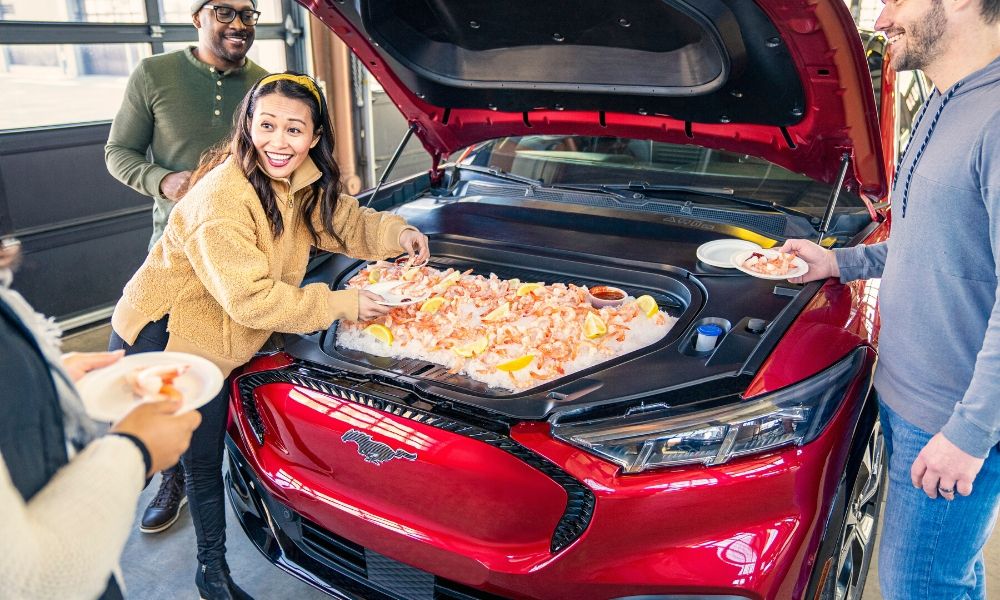 When tailgating, whether it’s before the big game or just a gathering at the park, what everyone dreams of is eating straight out of a frunk. At least that’s what Ford thinks and we have proof in the form of an official press release and the accompanying bizarre photos for the new Mustang Mach-E.

Can you imagine putting hot wings straight on the plastic liner of a frunk, right next to the windshield washer reservoir? Or loading the frunk with ice and placing exposed shrimp in there? I don’t know if there are enough Clorox wipes in the world to make me confident food poisoning wouldn’t be the end result.

But, in an attempt to look cool and hip, Ford has jumped the shark with this new suggestion of what life with a frunk can be like. Maybe you can’t entirely blame Ford, considering Tesla does weird stuff like this all the time, although its execution is a little better. Both automakers are almost acting like frunks are new things, never mind they’ve been around since at least the 1940s. 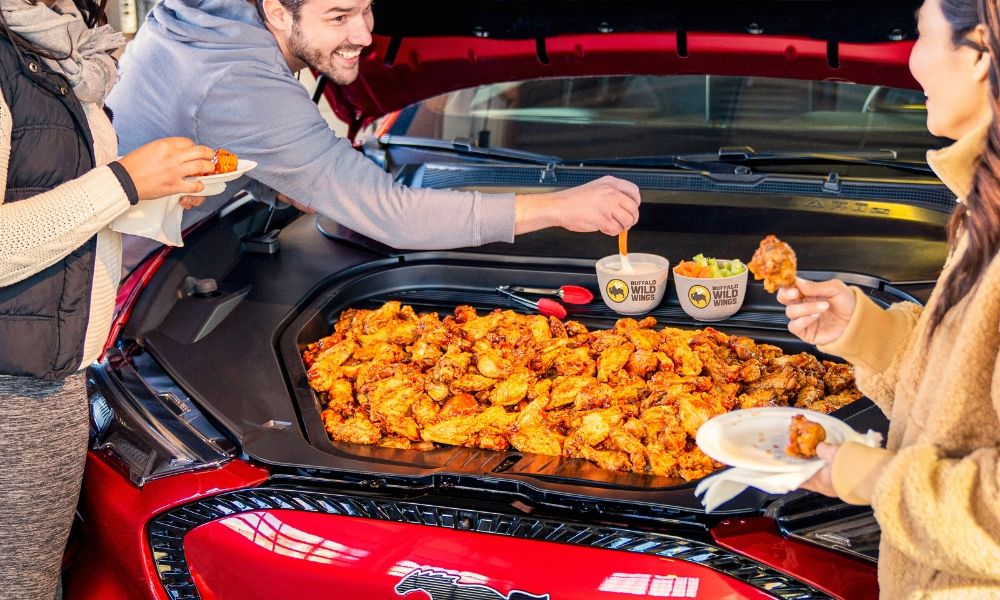 They’re also forgetting you can get a Ram 1500 with those nifty RamBox siderail compartments you can use for tailgating. Sure, I’d stick ice and drinks in there, but filling those with loose shrimp or hot wings is just disgusting, which is exactly what Ford is suggesting.

If you do decide to throw your hot wings in your Ford Mustang Mach-E’s frunk, be sure to open the drain cap and hose it out. And just ignore the faint taste of windshield wiper fluid – that’s normal.