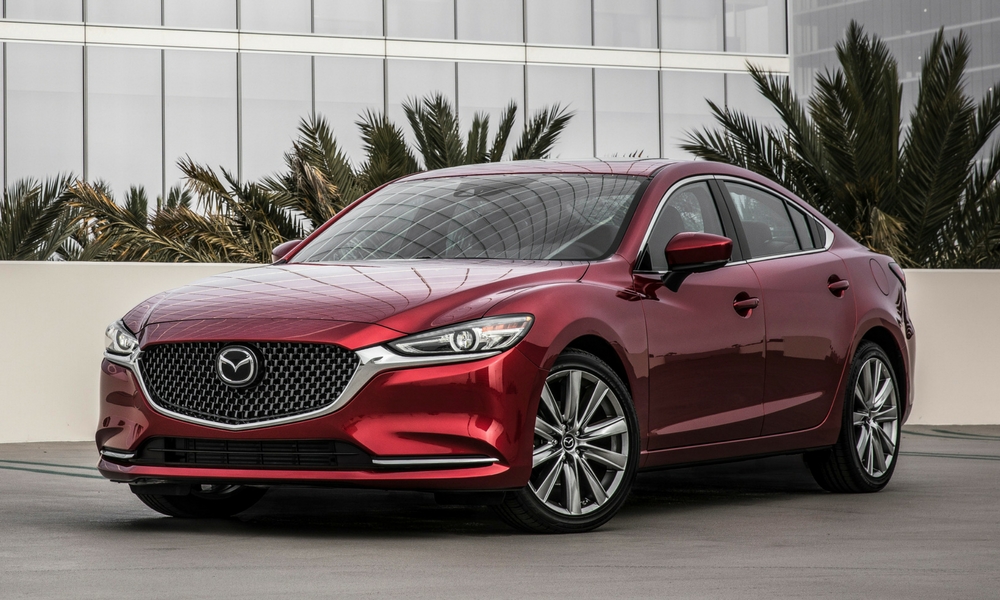 With a big overhaul, the 2018 Mazda6 still faces an uphill battle. After all, midsize sedan sales are down, thanks to consumers gravitating to crossovers. The new generation hits dealers in April, and we finally have the pricing scheme, which is fairly competitive.

Base MSRP for the line is set at $21,950, but that’s for a Sport with the 6-speed manual. While that’s surely a decent car, the one that has enthusiasts captivated is the Grand Touring, since it packs the new turbocharged Skyactiv-G 2.5T engine. You’ll shell out $29,200 for that car, if you pay MSRP.

The Touring model starts at $25,700, while a Grand Touring Reserve is priced at $31,700. Finally, the ultra-swanky Signature begins at $34,750. That price fetches some premium materials, like nappa leather upholstery, Japanese Sen wood accents, and gilded UltraSuede NU.

Those aren’t rock-bottom prices. After all, a 2007 Mazda6 that was fully loaded clocked in at around $25,000. Yes, car prices are up across the industry, and it’s obvious Mazda won’t be the one to provide relief from the trend.

How well will the Mazda6 sell with its new threads? With the Accord struggling, it doesn’t look good, to be honest.

Continue Reading
You may also like...
Related Topics:Featured, Mazda, Mazda6