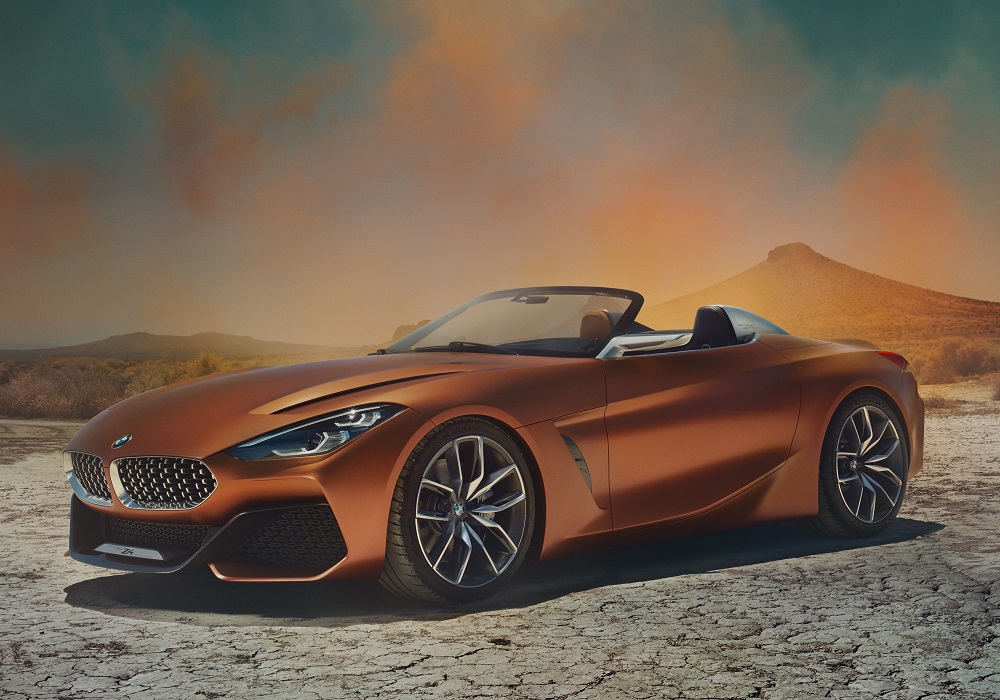 Finally, after plenty of teasing and talk, we get our first look at what the next-generation BMW Z4 may look like. Of course, this isn’t a done deal, as this is just a concept — but you get the point.

The Concept Z4 showed its face at the annual Monterey Car Week Press Conference at the Lodge at Pebble Beach Concours d’Elegance alongside the previously unveiled Concept 8 Series.

BMW’s Z Series has never been overly aggressive, as the original Z3 was more of a luxury Miata than a sports car, and the Z4 was a heavy, curvy convertible tuned mostly for comfort. But if this concept is anything like the production model, we are all in for an about face from the Z Series. The first thing that’s obvious is the seating position, as BMW has shifted this forward, putting the driver closer to the center. While that eliminates the classic sitting-on-the-axle feel, it gives the driver a better feel for how the entire car is behaving in the corners.

Beyond the seating position, it’s obvious that BMW is going more aggressive with the Z4. This is evident on virtually every panel, as there is no shortage of sharp body lines and other sporty cues. Adding to this are the ridges on the hood, the large air inlets on the front bumper, the downward-sloping hood and nose, the massive heat extractors behind the front wheels, the rising character line down the sides, the double hunches behind the seats with slick “Concept Z4” logos on them, and the flared rear wheel wells.

Around back, this styling continues with sleek and thin taillights, more heat extractors, and sharply angled exhaust exits.

If the Z4 ends up resembling the concept — and that’s a big “if” — this design is sure to drag a lot of buyers to Bimmer showrooms.

There are no details yet on its powertrain options, but the consensus says it’ll include a standard four-cylinder or an optional six-cylinder. The former will likely be the brand’s existing 2.0-liter and the latter should be the 3.0-liter. There are also reports of a possible hybrid system borrowed from Toyota. Stay tuned for updates, as BMW expects to reveal the production version of the next-generation Z4 in the next year or so.