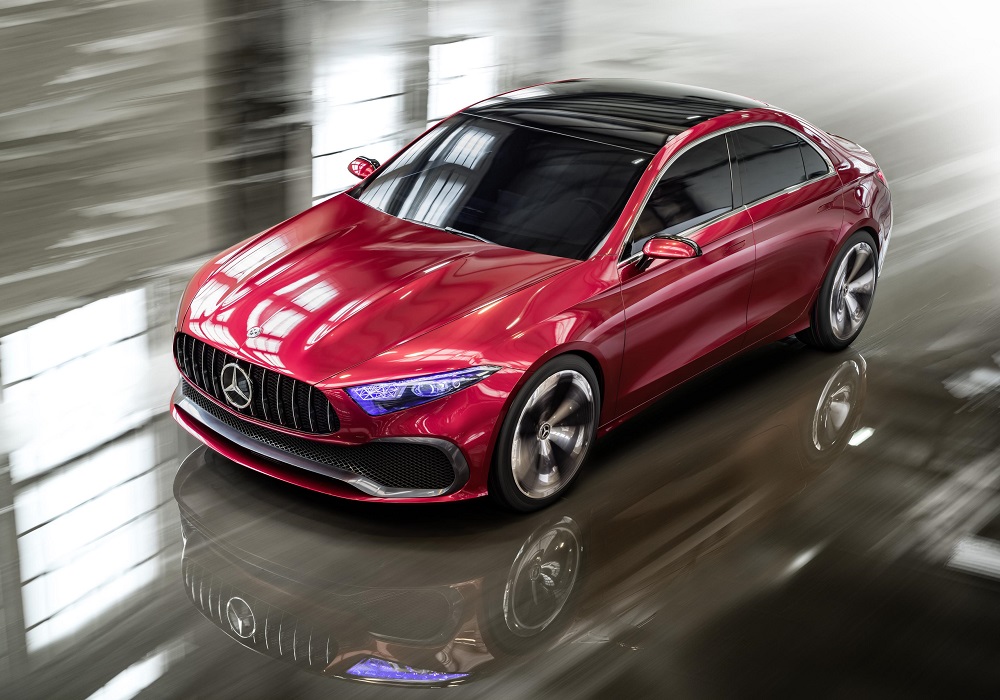 Mercedes-Benz is working on revamping its compact lineup, and it gave us the first taste of what we can expect in the future with the debut of the Concept A Sedan at the Shanghai Auto Show.

This sedan, which previews the possible look of all Mercedes’ future compacts – A-Class, B-Class, CLA, CLA Shooting Brake, and GLA – shows that there are big changes in store. The most evident change is the elimination of the crease, as this concept boasts a smooth, sleek design that lacks any hard creases and crevices.

Measuring 179.9 inches long, 73.6 inches wide, and 57.6 inches tall, this compact sedan almost abandons the four-door coupe design the CLA made famous, as the C-pillars are more upright than the current model and there is more of a trunk.

Up front, this concept boasts a forward-leaning Panamericana grille that’s making its way across Mercedes’ lineup. The hood is also stretched and features powerdomes, showing this sedan means business. The large lower air intake with its diamond grid structure and dark-chrome strip add a little extra something to this nose.

The headlights are another striking detail of this concept. They are not only thinner and more sweptback, but they also glow different shades thanks to a special UV coating on the grid structure inside them. This UV paint glows a different color depending on the light source – in daylight, for example, it glows white to act as the daytime running lights. Around back, the taillights are simpler than on today’s Mercedes models, as they feature fewer lines and gaps. Though the tail is simplified, it still has plenty of style to it, thanks to its black-trimmed diffuser-like insert on the rear bumper with a chrome strip and dark-chrome integrated exhaust exits.

For now, this concept is just a design study to see how the public will receive this potential new design direction. More details will become available as Mercedes gets feedback from fans and experts.