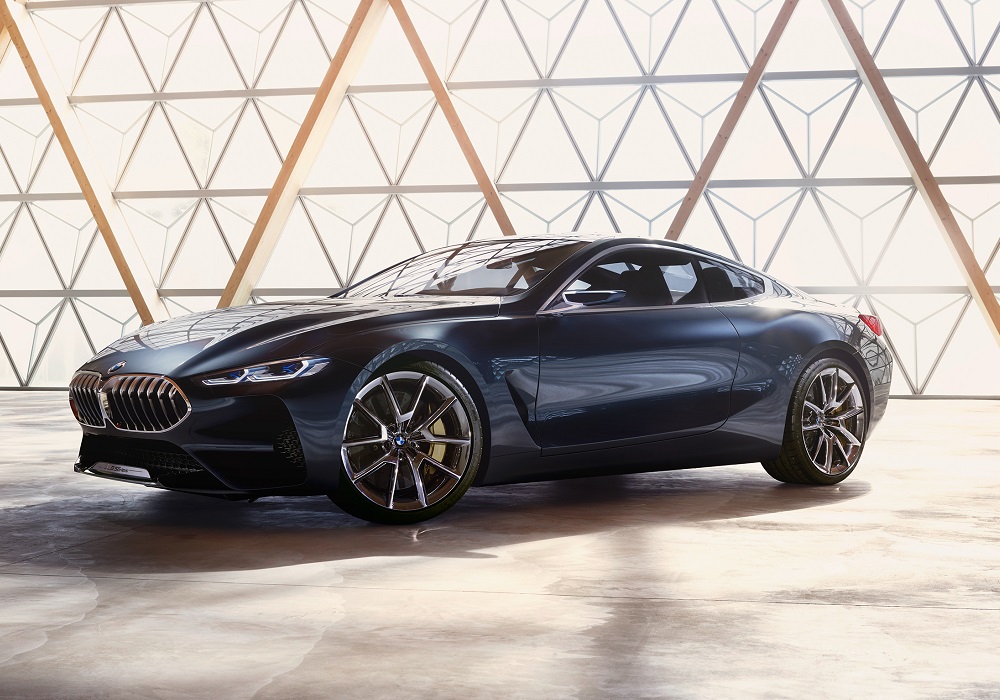 The all-new BMW 8 Series takes one step closer to reality, as the automaker officially unveiled a concept version of this upcoming coupe at the Concorso d’Eleganza Villa d’Este. And it is nothing short of in-freaking-credible.

While it’s still just a concept, the body is 99.9% exactly what I’d expect from a resurrection of the 8 Series. Its roofline is low and sleek, its character lines are aggressive and draw your eyes down the body, the front and rear fascias look low and wide, and the rear quarters feature yesteryear’s signature flares over the rear wheels.

And yes, I did say 99.9% of what I’d expect. That 0.1% comes with that new take on the BMW kidney grille. Call me a traditionalist, but it looks a little too exaggerated and a little too far from tradition for my take. Maybe it’ll grow on me, but, for now, I could live without it. Inside is a whole lot of hell yeah! The touches or carbon fiber and hand-polished aluminum are stunning, the Swarovski glass gear shift knob and iDrive controllers are incredible, and the perfect combination of sports car, luxury car, and technical marvel is simply amazing. Some of the key sports car takes are its front seats, which boast carbon-fiber shells and are wrapped in Merino leather – it’s the perfect confluence of luxury and sportiness.

Most of what you see in the cabin is realistic for a production model, save for the steering wheel. Sure, if the price is right, the polished-aluminum spokes are possible, but the way the wheel seems to stretch toward the driver is a tad too concept-y. That said, its red-anodized shift paddles are very much production ready and had better make it to the 8 Series on showroom floor. Unfortunately, BMW did not drop any knowledge on the powertrain, but that should come sometime this year, as the new 8 Series will officially hit showrooms in 2018. Stay tuned for updates.