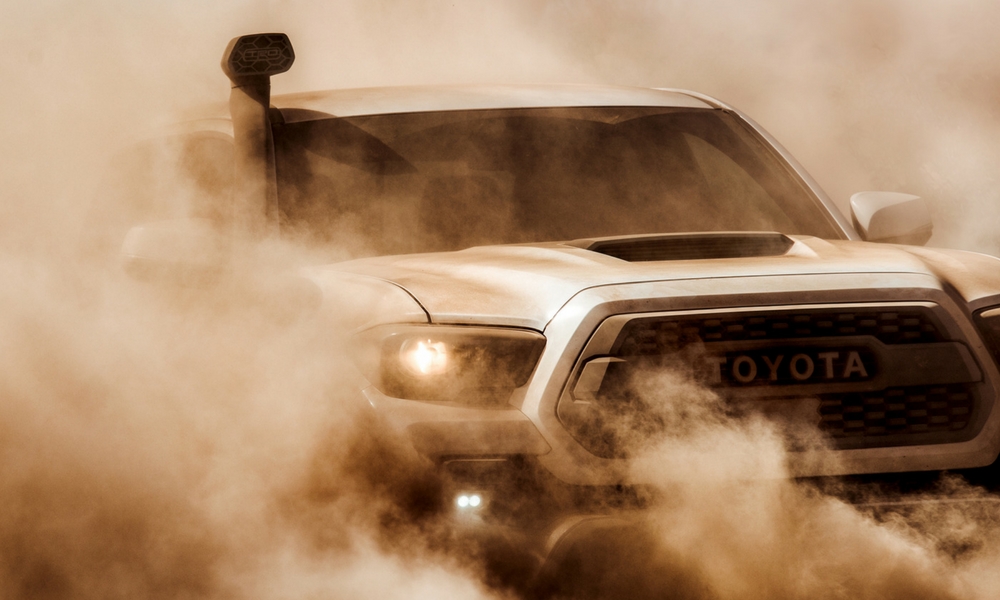 It’s finally happened: Toyota will be outfitting one version of the Tacoma TRD Pro with a snorkel. I say one version, because Toyota is hinting that there will be multiple new models of the trail-ready truck. One obviously will be catering to people who want to do deep water crossings. Note the picture released by Toyota doesn’t portray that, but rather shows the truck kicking up lots of dust. It looks cool, so whatever.

Hopefully the truck gets a power boost, because snorkels are a little bit of a performance drag.

Toyota’s also hinting it will be unveiling some exciting changes for the 4Runner lineup, with some new TRD Pro models as well. It’s like people who buy body-on-frame SUVs want to rock crawl or something – how bizarre. I applaud Toyota for understanding why some of us aren’t addicted to unibody “SUVs” that are essentially lifted wagons.