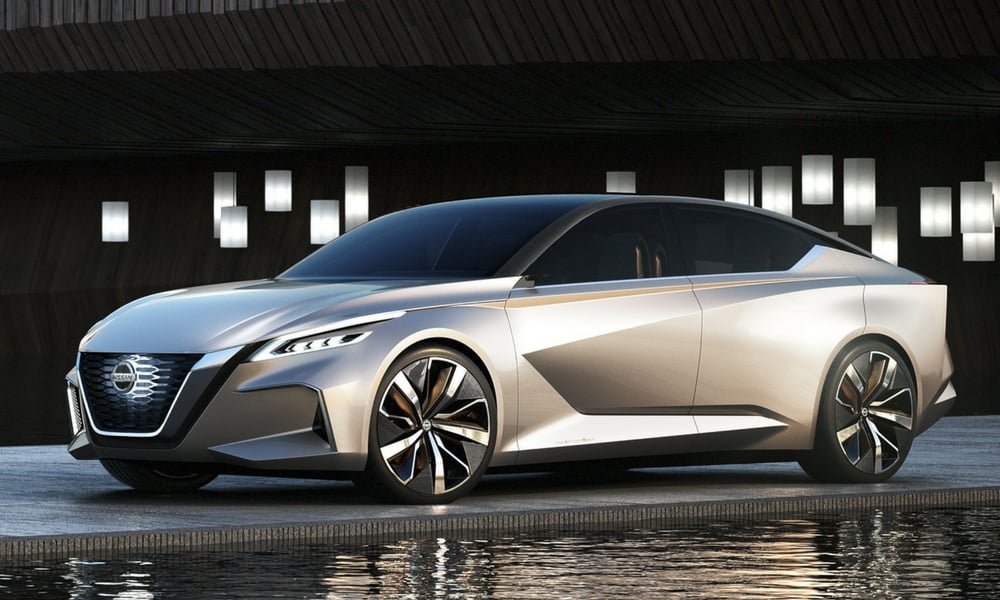 Nissan has officially announced that the all-new Altima will debut at the New York International Auto Show next month. Can you feel the excitement? No? Considering it will be based at least in part on the Vmotion 2.0 Concept, maybe you should reconsider.

You see, with sedan sales falling, everything from the Camry to the Impala have become sexier, nicer, and all-around better. That’s great for the last few humans who still don’t want a crossover.

What this means is we’re about to see the Altima stop getting hit by the ugly stick. At least, we hope that’s what will happen. Now that the car’s about to enter its sixth generation, perhaps it’s time for the thing to grow up the rest of the way. Nissan is dropping some serious hints that the car will come loaded with a new batch of autonomous drive technologies.

The stakes are high. After all, every automaker has a midsize sedan, because those used to be super important. With sales shrinking, we’re about to see a Lord of the Flies scenario fire up. Yes, some midsize sedans won’t make it, like the Mitsubishi Galant, which has already gone bye-bye.

How Nissan reworks the Altima will likely decide the car’s fate. Will it end up in that big garage in the sky? Or, will it keep living and breathing on dealership lots?

Continue Reading
You may also like...
Related Topics:Nissan, Nissan Altima