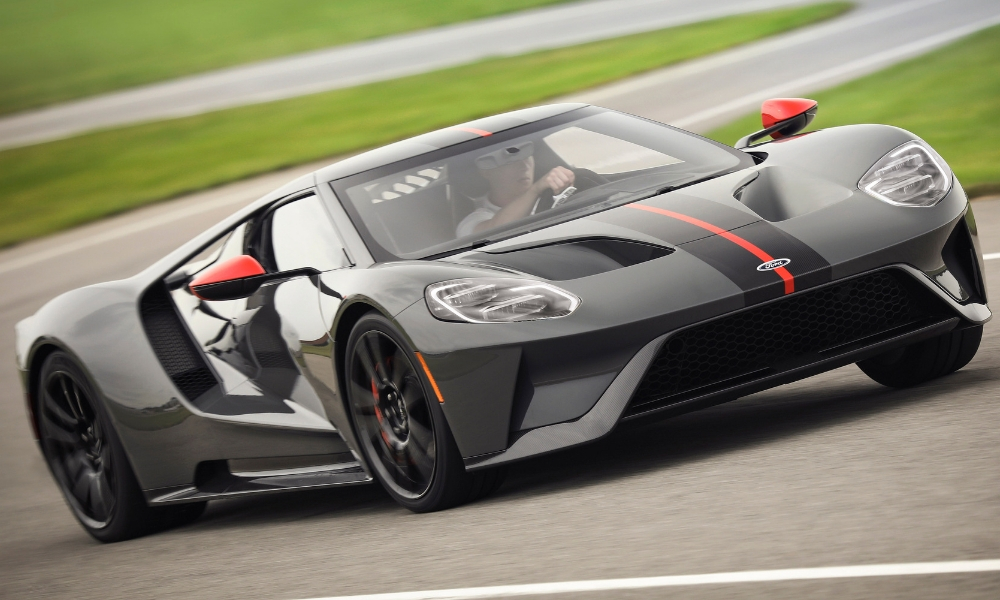 With SEMA in full swing, Ford revealed its new Carbon Series for the 2019 GT, inflating the price of the supercar by $50,000. That means the fortunate few who pass Ford’s extensive application process will pay about half a million dollars for the privilege of driving such a vehicle.

Of course, the Carbon Series uses even more carbon fiber in the name of lightness. The supercar sheds almost 40 pounds, thanks to carbon fiber wheels, a polycarbonate engine covert, titanium exhaust system, titanium lug nuts, etc. Engineers ditched a few features, like cupholders and the driver’s side seat storage bin.

Ford also added some features, otherwise the weight savings no doubt would’ve been greater. The Ford GT gains air conditioning, Sync 3 system, and a radio. It’s a way of having some creature comforts, while suffering from losing a few others and paying more as a result.

To add some more “specialness” to the sauce, Ford will leave some exposed carbon fiber on the exterior of the GT Carbon Series, just in case people don’t realize what the supercar is made of. You can add a splash if pizzazz with optional silver, orange, red, or blue accent color for the mirror caps, center stripe, and brake calipers. Those accents will probably run upwards of an additional $15,000.