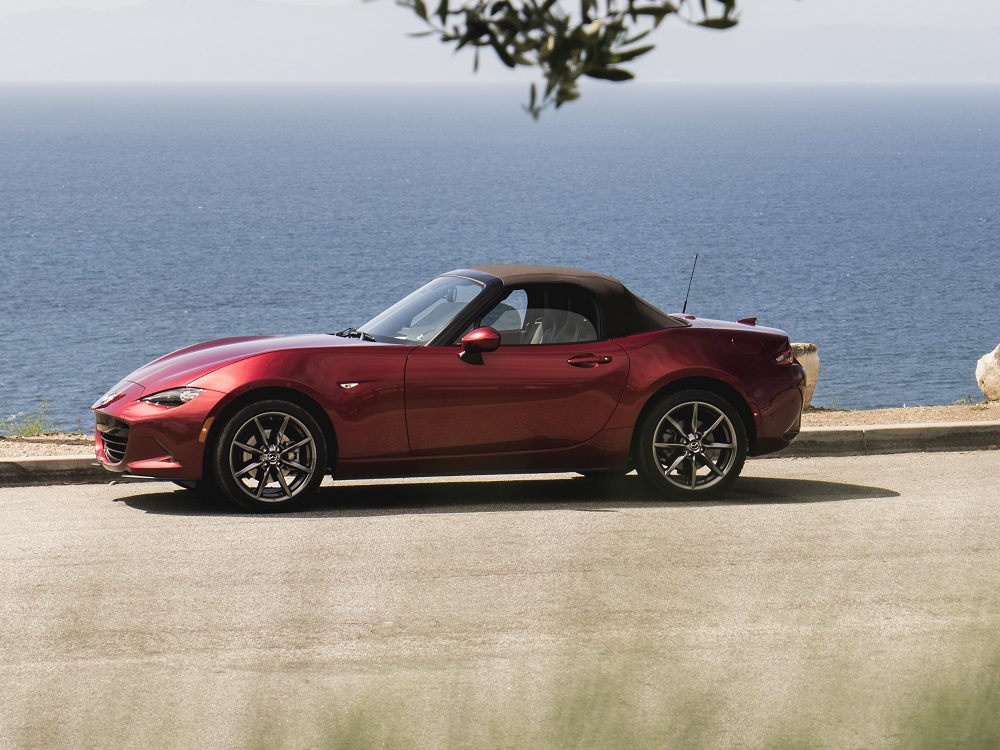 Back in June, we received word the 2019 Mazda MX-5 Miata would get a power boost, but the official details were kept under wraps. Now, after several agonizing months of playing coy, Mazda finally revealed all the updates to the 2019 Miata, including its increased power.

Before you get ahead of yourself and start dreaming of a revived Mazdaspeed Miata, let me remind you Mazda has shot that down again and again. But the 2019 Miata will see its 2.0-liter four-cylinder engine’s output jump to 181 horsepower at 7,000 rpm and 151 pound-feet of torque at 4,000 rpm. While its torque jumps by just 3 pound-feet, the horsepower bump is an impressive 26 ponies. This updated engine enjoys lighter pistons and connecting rods, and a larger throttle body that not only helped boost the power but also increased the engine’s redline by 700 rpm.

This revised 2.0-liter powerplant will come paired to either a six-speed manual transmission or a six-speed automatic unit with Sport mode.

Other than the new engine, the 2019 Miata will go through a few other changes. These include an available brown soft top on Touring models, a standard tilt-and-telescoping steering wheel, a lighter aluminum steering column, a standard rearview camera, available traffic-sign recognition, and available Smart City Brake Support low-speed automatic emergency braking.

Mazda also will give the 2019 MX-5 Miata additional optional packages at each trim level. One of the key additions is the available GT-S Package on the manual-transmission-equipped Grand Touring models. This enhances the range-topping model with a front shock tower brace, limited-slip rear differential and Bilstein dampers. This package will add $550 to the Miata Soft Top and $750 to the Miata RF.

The 2019 Miata Soft Top’s pricing will be as follows:

Want the retractable fastback model? That lineup’s pricing is:

The 2019 Mazda Miata is in showrooms now.