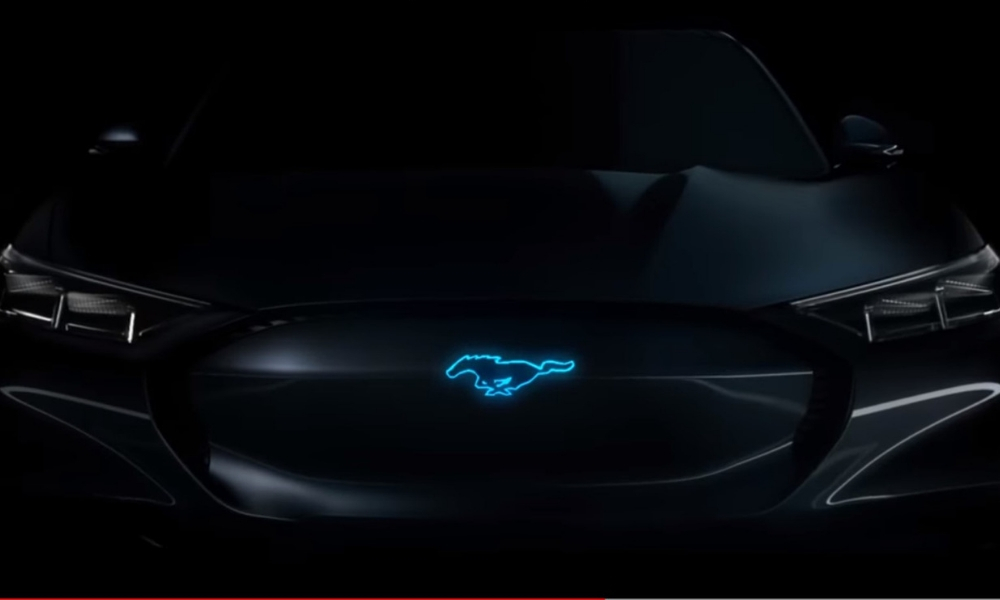 A new Ford commercial has buried in it a tease for what appears to be a new Mustang concept. It’s eye-catching because of a light-up galloping pony badge on the nose, so naturally people are going wild speculating about it. That’s probably what Ford wants. But what everyone seems to be getting wrong is what it likely means.

Several automotive news outlets have speculated it’s the much-rumored hybrid Mustang. Since that would be the next logical step in electrification that’s understandable. But, if you take a closer look, there’s a strong indication this Mustang doesn’t have a combustion engine.

Note that picture above features a flat, solid body panel where the front grille would normally be located. I suspect too many people are transfixed on that cool blue pony to really notice, but this detail would indicate the lack of a traditional radiator, just like what you see on Teslas and other EVs.

It’s possible this is a hybrid model, but not leaving a prominent front grille seems like a design flaw. There’s a shot of what appears to be a hybrid engine bay right before, but that’s likely for a different concept.

About that hybrid pony, it’s rumored to pack a burly V-8, as well as the Mach 1 name. Some claim they have knowledge that this vehicle will be a crossover instead of a car, but there’s nothing to substantiate that. Others say it will be a premium performance sedan like the BMW M5. Again, we have no reason to believe these are anything more than wild speculation for now. Of course, Ford has decided to keep the Mustang as its sole car in North America, so expanding the lineup kind of makes sense.