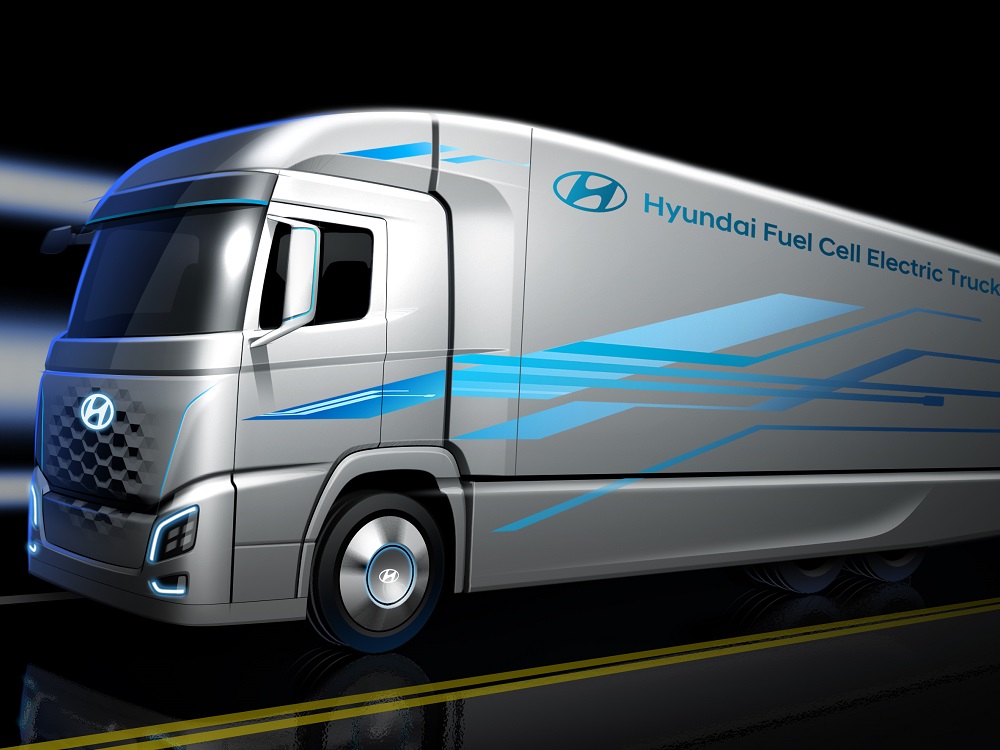 Hyundai is already fenders deep into fuel-cell vehicles with its ix35 Fuel Cell and NEXO. Now, it is taking the fuel-cell game big time by unveiling its new fuel-cell truck.

No, we’re not talking about some compact pickup that can barely pull a trailer. Hyundai has created a fuel-cell commercial vehicle designed for real hauling while keeping the planet clean.

While the main draw to this rig will be its fuel-cell powertrain, Hyundai is still ironing out the final details on the fuel-cell system. However, Hyundai did release a teaser sketch that gives us an idea of what to expect visually. This fuel-cell truck will feature an aerodynamically efficient body that includes rounded corners, sweptback mirrors, and an almost seamless transition from cab to trailer.

Setting this rig off further are its geometric shapes up front that simulate hydrogen molecules, blue accents, and bold graphics.

Details remain understandably slim on this green cargo hauler, but we expect to learn more once it makes its official debut at the IAA Commercial Vehicles 2018 show between Sept. 20-27. Following its debut, Hyundai plans to produce this fuel-cell truck for the European market in 2019. A U.S. debut remains uncertain.

Continue Reading
You may also like...
Related Topics:Hyundai Fuel-Cell Truck