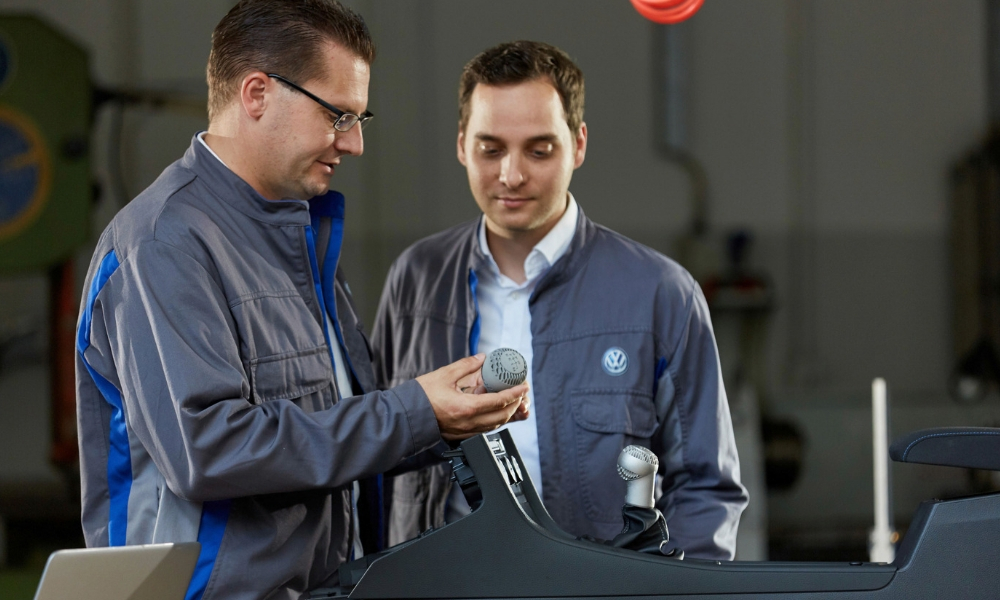 3D printing has really taken off in all sorts of industries, including the automotive sector. Volkswagen is taking the plunge with the HP Metal Jet, which is supposed to make metallic 3D printing faster.

The problem with 3D printing in mass vehicle production has been speed, or really the lack thereof. Production lines move fairly quickly, and most 3D printers quite frankly haven’t been quick enough to keep up with the pace. Part of the key for this tech is that it can make different components without retooling.

Just like what Mini’s started to do, VW will test the tech out on customized parts, like specialized gear knobs or tailgate lettering. If all goes well with small series tests, the automaker will start using the HP Metal Jet for mass-producing many other components. That should take about two to three years, if all goes as planned.

Before you get too excited, this doesn’t mean your future Passat will be printed from the ground up, at least not anytime soon. Volkswagen says a growing number of car parts will likely be printed, and that alone will really change how cars are made.

Continue Reading
You may also like...
Related Topics:Volkswagen, VW