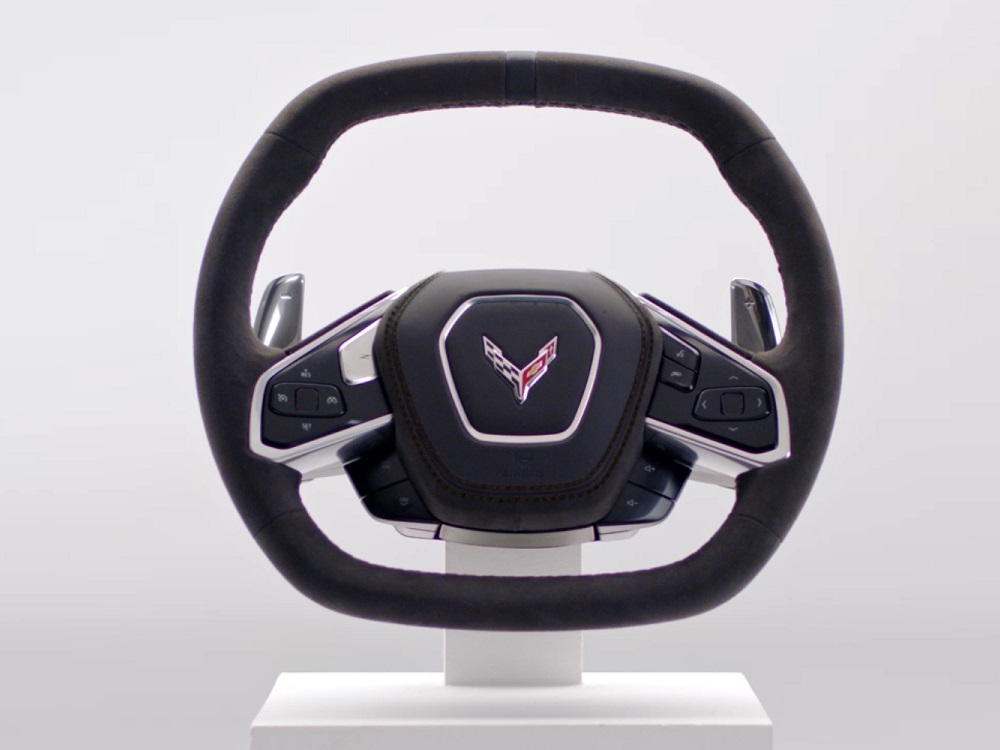 The 2020 Corvette’s steering wheel will boast a unique two-spoke design that places said spokes at roughly the 8 o’clock and 4 o’clock positions instead of their traditional 9 and 3 spots. This is a clear evolution of the last three generations of steering wheels, as this funky downward slope began in the C5 generation and became more extreme in the C6 and C7 models. It’s also hard to miss the steering wheel’s un-wheel-like appearance with its flat top and bottom.

Other than its odd shapes, the rest of the steering wheel is pretty typical with its large Corvette-badged horn button, silver posts, paddle shifters, and controls. Unfortunately, Chevy purposefully made this image a little blurry so I cannot see if any of the steering-wheel-mounted buttons give away any unreleased info, like launch control or line lock. That said, the silver button to the left of the horn button is intriguing.

A steering wheel may be a letdown for some, but Corvette fans, myself included, are waiting to gobble up every bit of information in anticipation of the July 18 reveal of the mid-engine Vette’. Keep it locked here for more details and the potential release of some more teaser images.