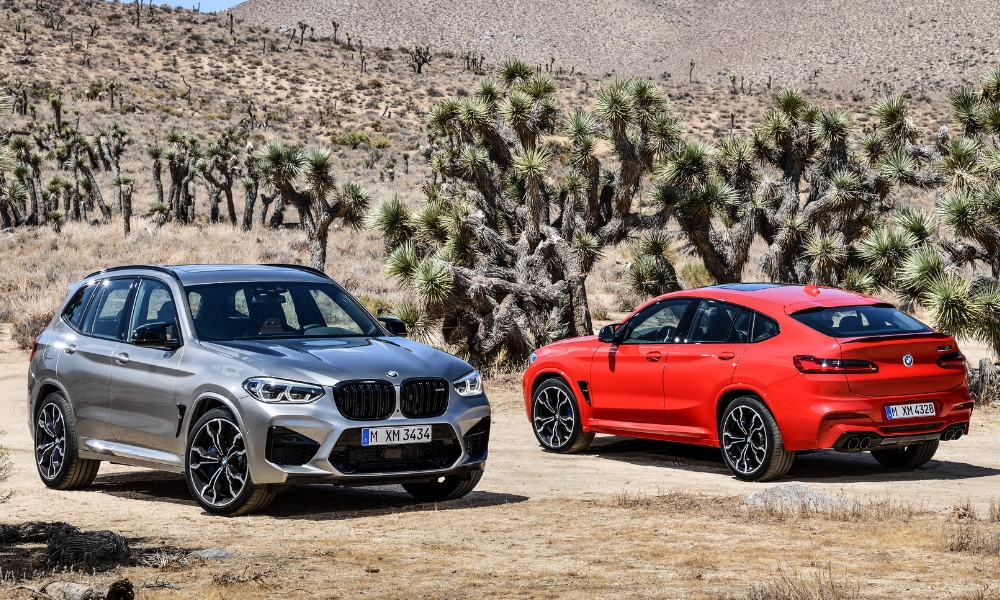 Maybe you asked for it, maybe you didn’t, but BMW definitely has delivered two high-powered crossovers, or as the Bavarians call them, sports activity vehicles. That’s right, the 2020 BMW X3 M and X4 M have finally been revealed, putting a ridiculous amount of power in what’s essentially a lifted wagon.

BMW’s M has decided to drop a new S58 3.0-liter twin-turbo inline-six engine into both of these monstrosities. It puts on tap 473 horsepower and 442 lb.-ft. of torque, which will do a lot of good when you’re stuck in bumper-to-bumper traffic during rush hour. Perhaps someone will try to track these SAVs, and that would be hilarious.

Apparently BMW feels there’s a justification for Competition versions of these vehicles, because those have also been revealed. Some additional tuning turns engine output to 503 horsepower, you know, for Autocross events.

To maybe keep all that power in check, BMW uses an 8-speed automatic transmission, plus M xDrive all-wheel drive, which are both similar to the M5’s setup. The non-Competition models do 0-60 in a handy 4.2 seconds, versus 4.1 seconds for the hotter version.

Naturally, BMW M had to outfit both crossovers with exterior mods to make it obvious you’re trying really hard to be flashy… err, aerodynamic. The various aero parts are in a high-gloss black, so they look extra aggressive. Competition models can be outfitted with an optional M Carbon pack, which swaps out some of those parts for carbon-fiber versions.

No doubt, BMW will basically print money with these new models.