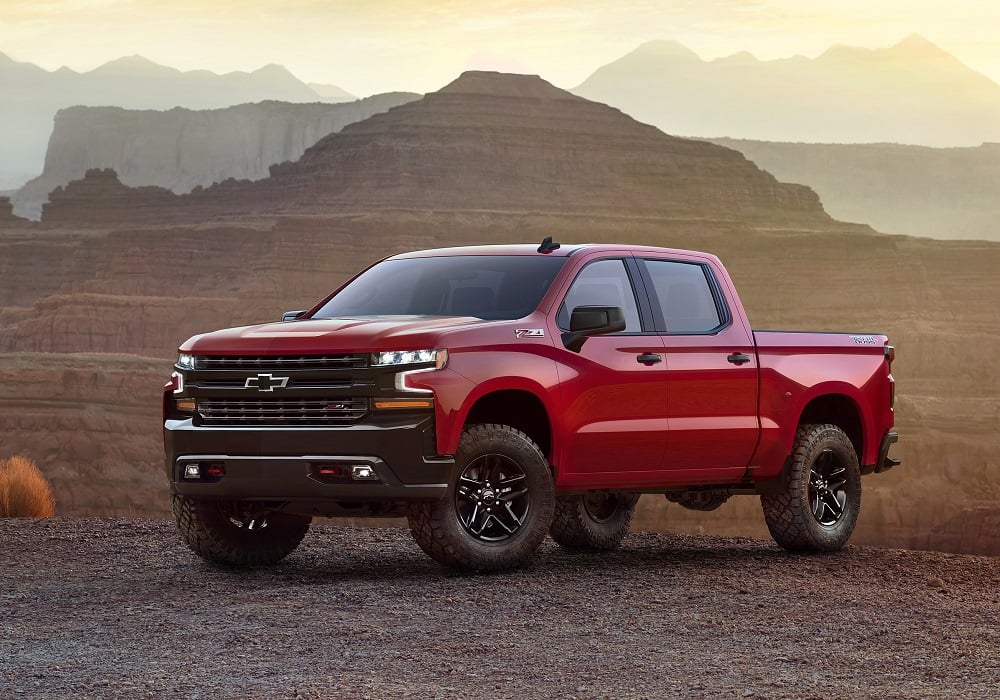 As we near the final model year of the 2010s, automakers are previewing their respective 2019 models. Chevy recently showed off its 2019 Silverado, and we finally get to see a Silverado that looks primed to roll into the 2020s.

The looks of the ground-up-redone Silverado are no joke, as Chevy finally embraces the future of pickups. The front end is by far the wildest departure from previous generations, as the lighting is shapely, thin and looks to be full LED. Of course, its rear end is no slouch either, as it boasts equally shapely taillights and angular exhaust exits.

Chevy also will enhance the capabilities of the Silverado in 2019, as it will craft its bed from roll-formed, high-strength steel. The rest of the body will also include this material in an attempt to reduce weight and enhance rigidity.

Chevy didn’t reveal any info on potential powertrains, but chances are we’ll see the standard allotment of V-6 and V-8 options alongside a potential newcomer: a thriftier diesel. There may also be a hybrid model to compete with the rumored F-150 Hybrid. On top of its new look and functionality, Chevy plans to release eight versions of the Silverado, each tuned for specific types of drivers. One example, the LT Trailboss (pictured), is clearly designed for the off-road lover.

Unfortunately, Chevy didn’t reveal much more on its new-generation pickup, but we expect to learn more when it makes its full debut in January at the Detroit Auto Show.