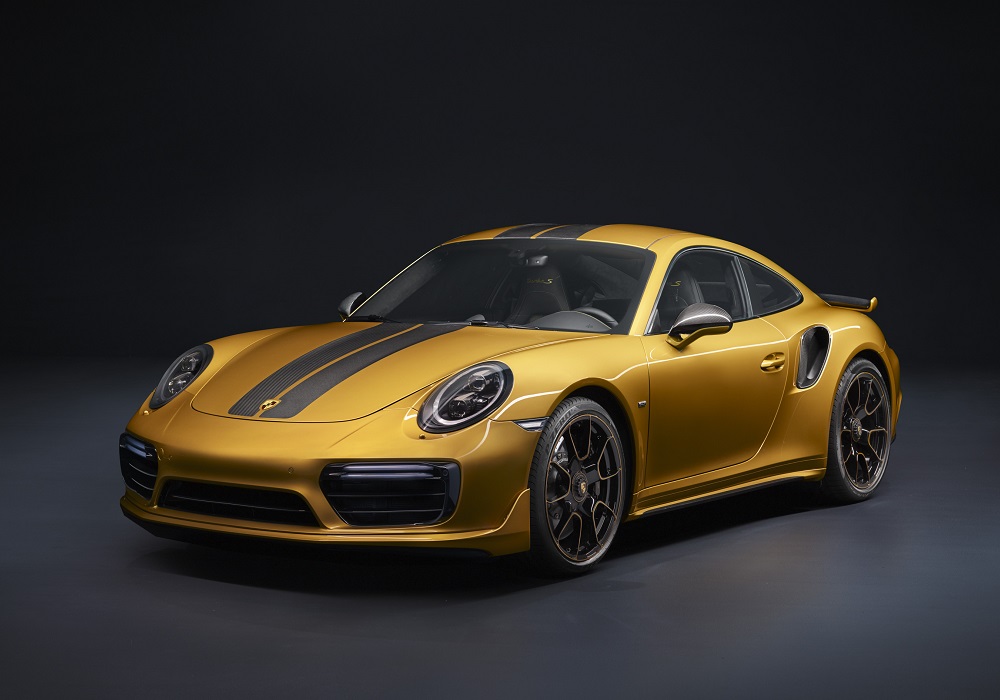 Porsche Exclusive is taking on a new role within the company, as it spreads worldwide and starts producing cars on a grander scale. With this change also comes a mildly tweaked name: Porsche Exclusive Manufaktur. And what better way to kick off this new sub-brand than with a limited-run special-edition 911?

This rig takes the amazing-as-is 911 Turbo S and cranks it up a few notches. This all starts with a retuned engine and Porsche’s best chassis upgrades. The former includes a 27-horsepower bump to 607 ponies and 553 pound-feet of torque. While its top speed and 0-to-60 time remain the same as the base 911 Turbo S with the Sport Chrono package (205 mph and 2.8 seconds, respectively), its 0-to-124 sprint falls by 0.3 seconds to just 9.6 ticks. No Porsche Exclusive model would be complete without some exterior mods. On this model, they include the available, exclusive Yellow Metallic paint, carbon-fiber front trunk lid, roof and side skirts, two carbon-fiber weave strips on the roof and front trunk lid, black-painted rear wing, revised rear fascia and twin-tailpipe exhaust system, and Porsche Exclusive Manufaktur plates on the fenders.

The interior features 18-way sport seats wrapped in perforated leather with two Yellow Gold stripes, Golden Yellow stitching on the seams and the Turbo S stitching headrests, an Alcantara headliner with a pair of Golden Yellow stripes, a plaque showing the individual number of each car, and illuminated “Exclusive Series” lettering on the carbon-fiber doorsill guards. Finally, those who opt for the carbon-fiber interior package will get copper thread integrated in the trim strips. Finally, buyers will get a matching watch when they purchase their vehicle, and they can opt for additional bits, including $6,324 in luggage,

The 2018 Porsche 911 Turbo S Exclusive Series will run a cool $257,500. There is no official release date for this model just yet. Stay tuned for updates.