With a new 911 GT2 in the works, Porsche has started to reveal some of the tricks up its sleeve. EVO did a ride in a prototype GT2 RS, learning first and foremost that the 3.8-liter flat-six is based off the one used in the current 911 Turbo S. Power output is over 641 horsepower and 553 lb.-ft. of torque.

To squeeze out that kind of power, one of the changes Porsche uses is water injection. That helps cool down intake temperatures. Other changes include bigger turbos, new internal engine components, and a titanium exhaust system.

If you were hoping for a manual version, you’ll just have to settle for a PDK. Rear-wheel drive is standard, which is status quo and not surprising in the least.

Carbon ceramic brakes are standard. NACA ducts direct cold air to them, so as you do hot laps there isn’t as much risk of any brake fade. Active engine mounts and an electronic locking differential are standard. The car will wear Michelin Pilot Sport Cup 2 tires.

A surprising detail is curb weight. The new Porsche 911 GT2 will tip the scale at less than 3,300 pounds. Among the lightweighting methods Porsche uses is Gorilla Glass. To shed even more weight, an available Weissach pack outfits the car with a titanium roll cage, carbon fiber roof, and magnesium wheels.

Be prepared for a reveal in the next few months. 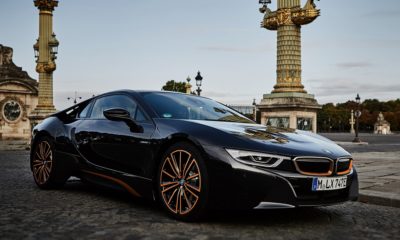