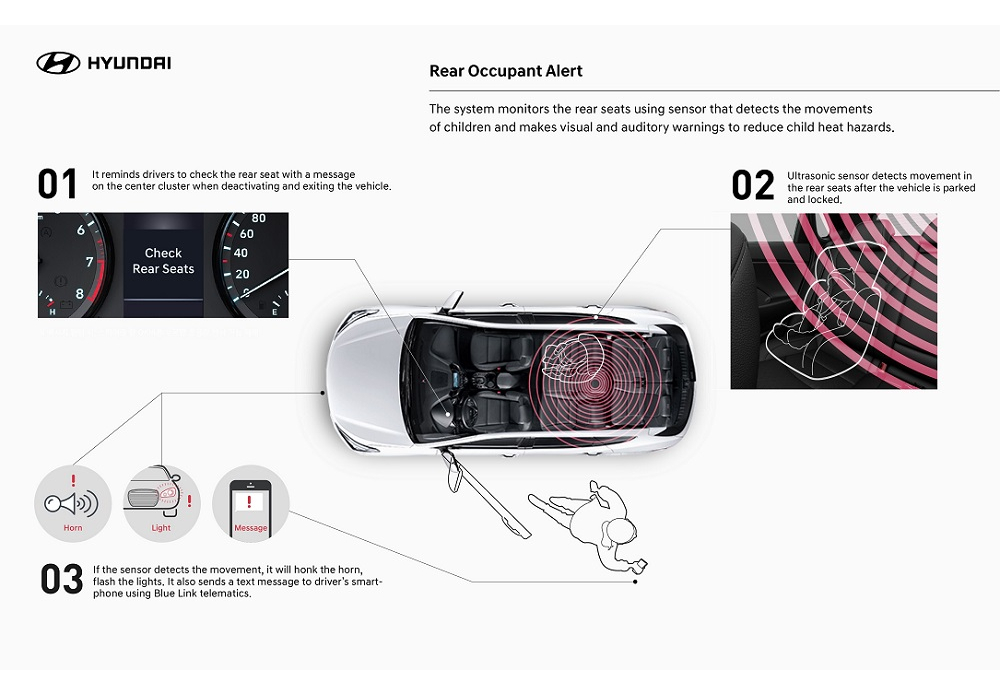 It seems like every few days we read about a parent, grandparent, or babysitter leaving an unattended child in the rear of a car. Unfortunately, the ones we hear about often involve the worst possible outcome for the poor, young soul. Now automakers are stepping in to try and curb this trend, and Hyundai is the latest to do something about it.

Hyundai recently revealed its Rear Occupant Alert system via video (below), showing off how it plans to keep kids protected from forgetful guardians.

This system uses ultrasonic sensors to detect movement in the rear seats. If it detects movement, it has a twofold system for alerting the driver there is someone in the rear seat. The first warning system is a message on the center instrument cluster display when the driver shuts off the vehicle.

The second warning is significantly more drastic, and for good reason. If after the driver leaves the car, the Rear Occupant Alert system still detects movement in the rear seat, the vehicle’s horn will honk, the lights will flash, and it will send a message to the driver’s smartphone via Blue Link.

Hyundai plans to have this system in cars by 2019. There is no mention of whether it will be standard or optional, but my guess is it’ll be a standard feature.