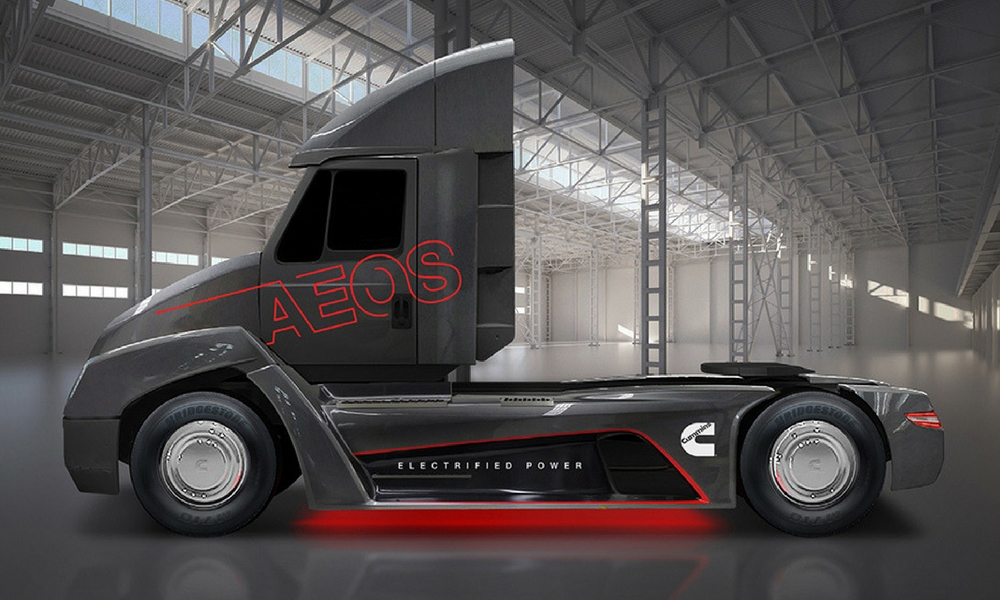 Tesla likes to be the first one to show off cool technologies. Nobody foresaw Cummins beating the California automaker at its own game, but it did, at least this once. The popular diesel engine manufacturer has created an all-electric truck that would be used for short runs, something Tesla’s been working on for a while.

This new Cummins AEOS concept uses a 140-kWh battery pack, plus an electric motor. The company says it weighs about as much as a 12-liter diesel engine, transmission, fuel tank, etc. which normally would power such a truck. Range is fairly short at about 100 miles. Adding extra battery packs ups that to 300 miles.

Other innovations include a more aerodynamic body, cameras instead of side mirrors, and no grille.

While this concept isn’t revolutionary to those who just love everything Tesla does, it signals an important shift in how Cummins views the world. The company can read the writing on the wall: diesel is falling out of favor. Electrification is the future, and it doesn’t want to be left behind.

Cummins made a big deal in its press release that diesel isn’t going away. That doesn’t mean it isn’t, and this concept shows the company is planning ahead, just in case.

Continue Reading
You may also like...
Related Topics:Cummins, Diesel