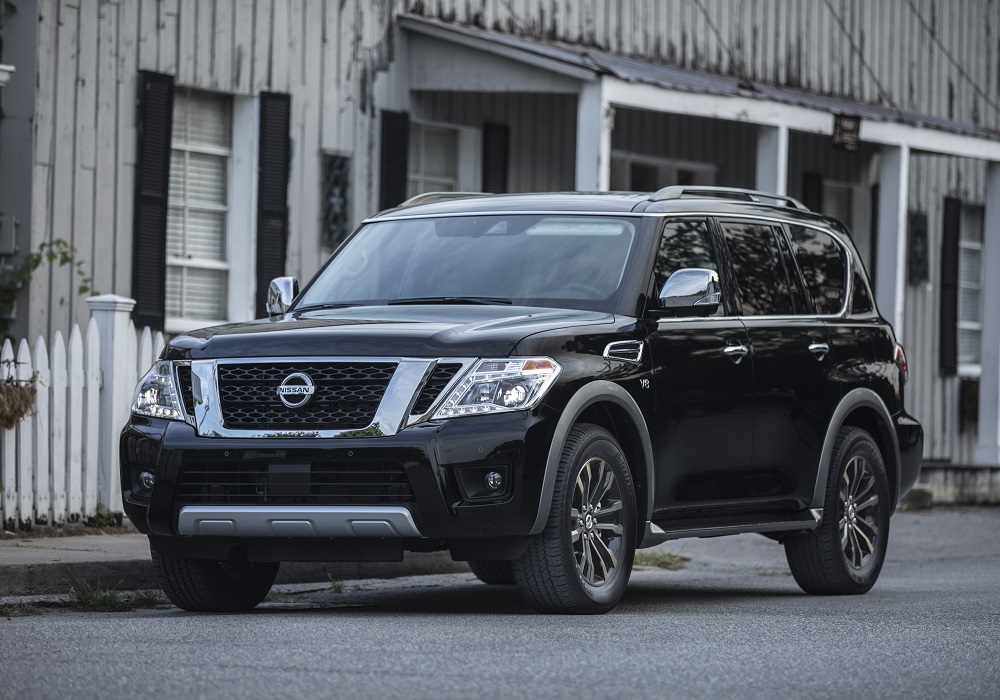 After a full redesign last year, the second-generation Nissan Armada chugs on with only a few updates. Though the updates are limited, they are pretty important.

Inside and out, the 2018 Nissan Armada will be virtually identical to the current model. Inside, however, there are a few feature updates. The most noticeable will be the newly standard 8-inch multitouch display across the entire lineup, which also includes hands-free text messaging, and additional USB ports across the board.

Also new is the Nissan-first use of a rearview mirror camera known as the Intelligent Rear View Mirror, or I-RVM for short. This mirror camera uses a rear-facing, narrow-angle camera on the rear of the SUV to broadcast a 4-to-1 ratio video on the rearview mirror. It’s this narrow angle that allows it to deliver such a high-resolution image. Going to a more traditional 4-to-3 or 16-to-9 ratio created a pixelated image. The new I-RVM will be a standard feature on the range-topping Armada Platinum.

This is not only a Nissan-first offering, but it is also the first time a rearview mirror camera has seen use in a non-luxury SUV.

Remaining the same in the 2018 Nissan Armada will be the standard 5.6-liter V-8 engine with 390 horsepower. The standard transmission will be a seven-speed auto, and buyers can choose from rear- or four-wheel drive.

Continue Reading
You may also like...
Related Topics:Armada, Nissan, SUV