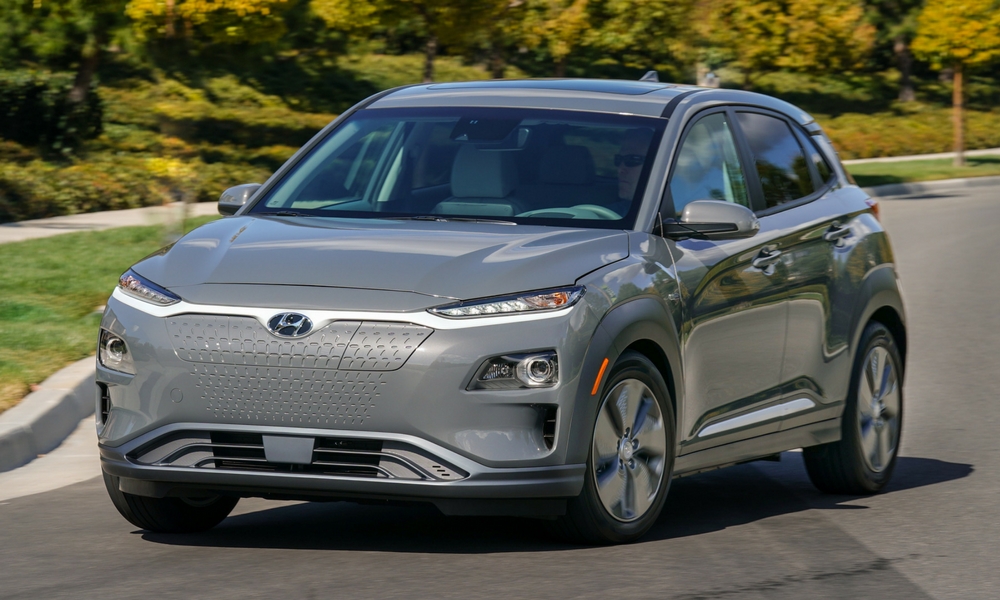 The competition is heating up for longer-range electric vehicles. One of the latest entrants, the Hyundai Kona Electric, has been rated at 250 miles of range on the US test cycle. That’s impressive, considering the Hyundai Ioniq Electric only goes 124 miles on a full charge. It shows Hyundai is serious about offering more practical EVs, which should concern Tesla. After all, the Model 3 is rated at 220 miles. The Chevy Bolt is rated at 238 miles.

For the drivetrain, the Kona Electric has a 64-kilowatt-hour lithium-ion battery pack, plus a 150-kilowatt motor. That’s 201 horsepower. It also produces 291 lb.-ft. of torque, so this EV shouldn’t feel gutless.

We saw the Kona Electric in Geneva a few weeks ago, but Hyundai unveiled the US version of the vehicle in New York. Technically it’s a small crossover, but some people are disappointed all-wheel drive isn’t even an option. Considering the Kona Electric has 250 miles of range, it’s still an incredible deal.

Speaking of deals, we don’t have pricing info for the Kona Electric yet. Expect it to be value-priced, maybe about the same as the Chevy Bolt. Again, this should be cause for concern at Tesla. An official release date hasn’t been set, but I’d say this will arrive by early winter.