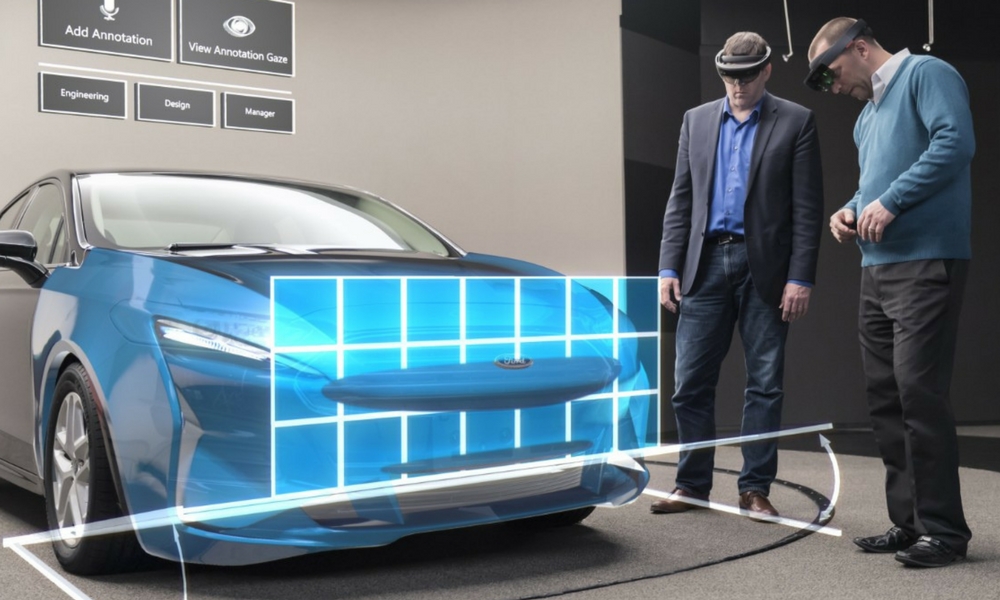 Ford keeps pushing the tech envelope, and this time it’s looking to eliminate clay models for vehicles. The Blue Oval is proudly showing off a new virtual reality technology that would allow designers to mold cars without changing anything in the physical world.

The problem with computer programs like CAD is that they don’t allow more than one person to work on the design at a time. You also can’t walk around the vehicle and see things from different angles with the same ease as you can with a clay model. But the clay is expensive, and automakers have to store the models until they’re no longer needed. That takes up space, which is an expense.

According to Ford, designers and others at its headquarters have been testing out Microsoft HoloLens for the past year. Yes, that’s right, Ford and Microsoft have mended the fences after the Sync3 fallout, at least a little.

Among the features is the ability to add VR “sticky notes” to different elements of a design, so team members can comment on anything.

If you think about it, this will make designing vehicles with teams spread around the globe easier. Everyone can walk around the same VR model, and can conceivably work together at the same time, even though they’re in different time zones. That’s a huge advantage over clay.

Continue Reading
You may also like...
Related Topics:automotive technology, Ford