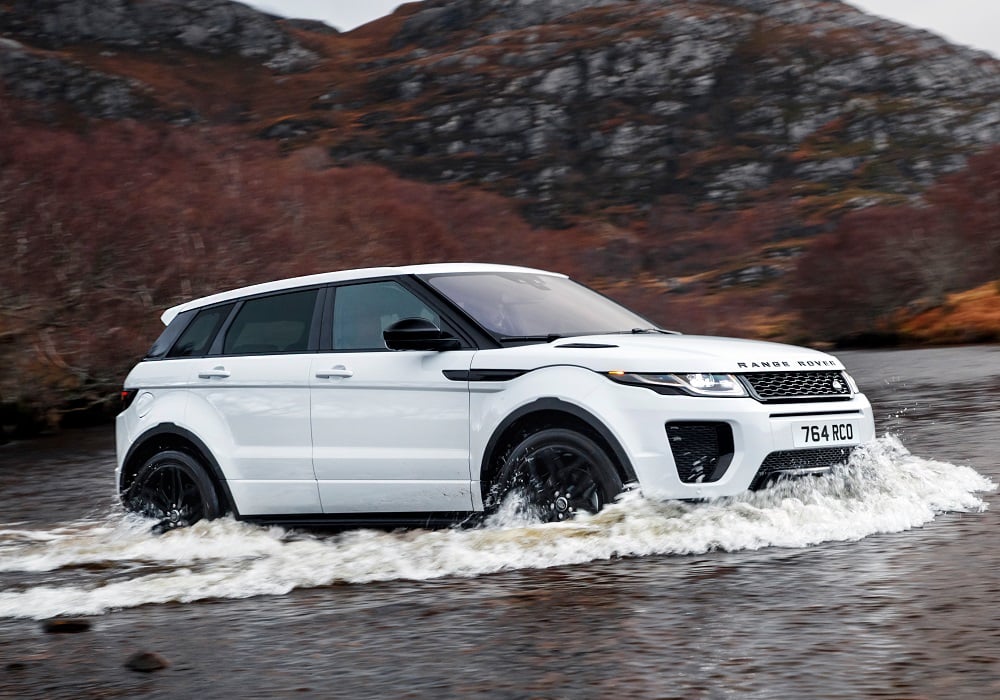 Earlier this month, Land Rover unveiled the first of many electrified SUVs it plans to release in the coming years: the 2019 Range Rover Sport P400e. Now a new report from AutoCar claims the next electrified Land Rover is already locked, loaded, and ready to launch.

This second electrified Land Rover will be a part of the second-generation Range Rover Evoque. This shouldn’t come as much of a surprise, as a plug-in hybrid version of Land Rover’s smallest offering debuted in concept form back in 2015.

According to the report, the Range Rover Evoque PHEV will use a 1.5-liter turbocharged three-cylinder gasoline engine and an electric motor that also will work as the gasoline engine’s starter motor. The electric motor not only will reduce emissions and fuel consumption, but it’ll also give the Evoque a short electric-only range.

While there is no solid information as to when the Evoque PHEV will become a reality, reports do indicate a 2019 debut — just ahead of Land Rover’s 2020 deadline for electrifying all models.

There are no additional details at this time, but we’ll continue to monitor this developing situation and bring you updates as they become available.