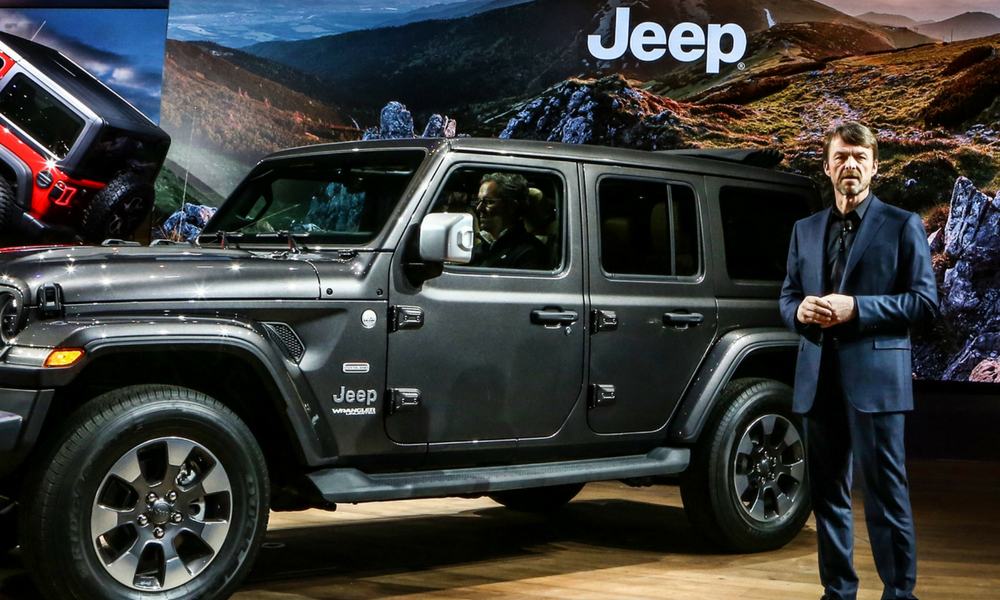 We knew Sergio Marchionne was going to step down as CEO of Fiat Chrysler soon, but health problems lead to that a little sooner than expected, as the auto executive died Wednesday. He was 66. Replacing him as the head of FCA is Mike Manley, who headed up the Jeep and Ram brands.

Many are surprised by the selection, since it was assumed one of Marchionne’s disciples from Italy would carry on the torch.

Manley is a capable leader. Under his direction for almost 10 years now, the Jeep brand has skyrocketed in value as sales continue to climb. To say it’s the most valuable brand for FCA isn’t a stretch.

Some are upset at news coverage about this story that has cast Marchionne in a negative light. They point out how he was able to not only rescue several ailing Italian brands, but also took on Chrysler after yet another bankruptcy. Not everyone sees it that way, instead arguing that Marchionne made an underhanded deal with the Obama administration at the expense of U.S. taxpayers. For better or worse, Marchionne will likely be remembered for good or bad reasons, depending on your viewpoint.

In any case, with Manley at the helm, FCA may see some big changes in the coming months. No doubt Jeep will remain the company darling, and for plenty of good reasons.