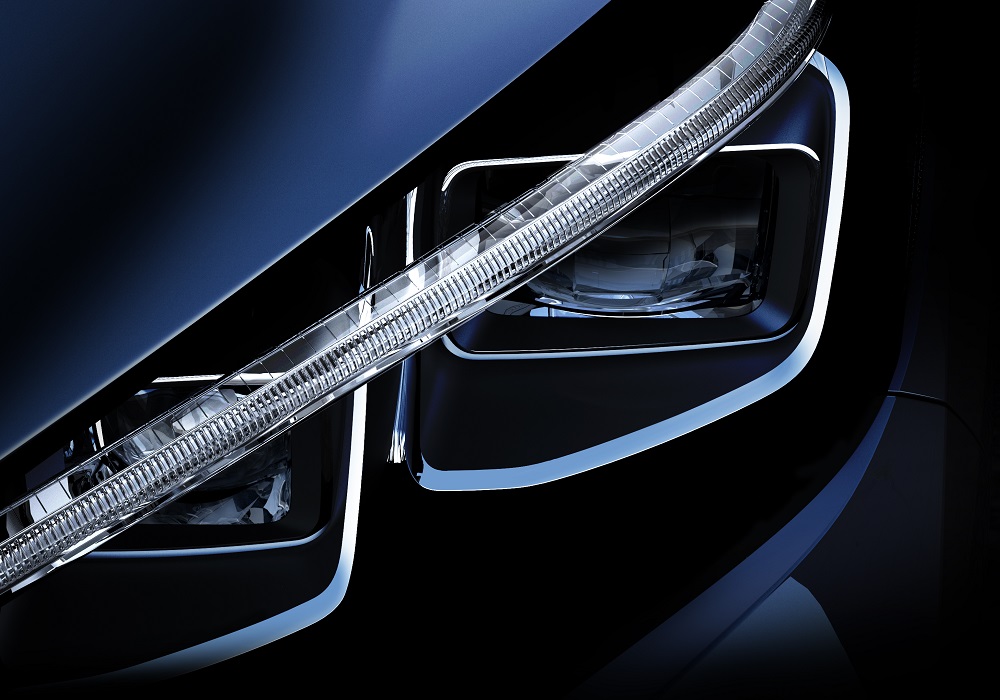 Though the LEAF revolutionized the automotive world as the first-ever mass-produced electric vehicle, it quickly fell behind the times in terms of style and technology. We expect Nissan’s resident EV to play a little catch up this coming model year, and we recently got our first glimpse at the redesigned LEAF today.

In true Nissan fashion, the initial LEAF teaser image shows only a tiny part of the car – in this case, the headlight. But what a fine-looking headlight it is. It shows off squared LED units, much like the IDS concept, with an LED upper brow that we saw on recent spy shots. While this isn’t much, it gives us hope that the new LEAF will take a lot of its design language from the IDS concept. What’s more, it moves away from the funky bulging-eye look it currently has.

Other than a new look, the LEAF is well overdue for a mechanical overhaul. Despite its recently upgraded 84-mile EV range, it falls way behind the class-leading Bolt EV and the upcoming Model 3. With its new looks, we also expect a new powertrain that ‘ll push the LEAF’s range beyond 200 miles.

We should start seeing Nissan reveal small teasers here and there leading up to its official reveal later in 2017. Keep it locked here for updates.

Continue Reading
You may also like...
Related Topics:EV, LEAF, Nissan