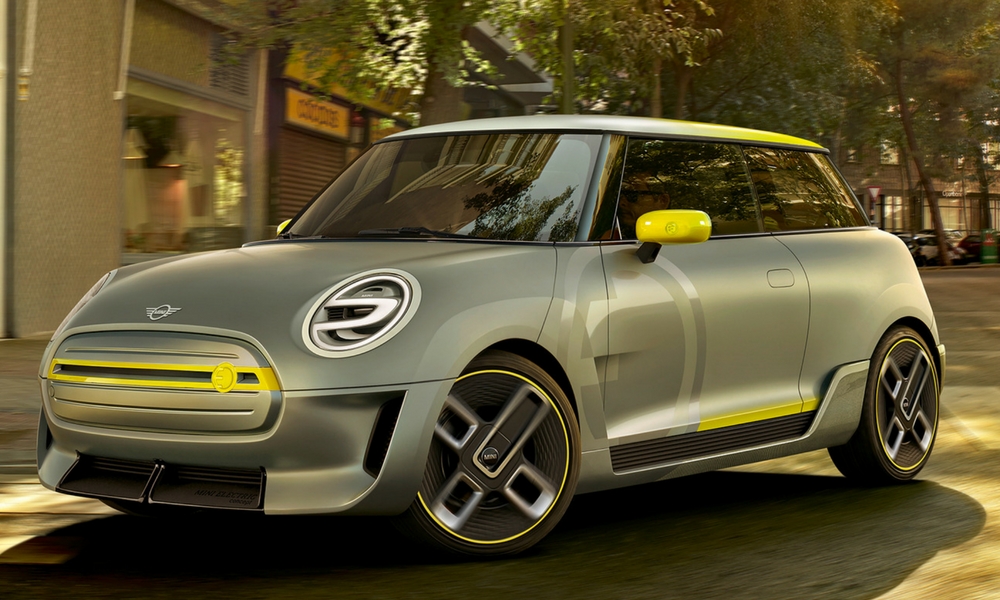 With the Frankfurt Motor Show firing up, we’re getting all the juicy new electric concepts from European brands. This time it’s Mini, showing a bright new future for the Brits.

According to Mini, the Mini Electric Concept will preserve that go-kart feeling those of us who’ve driven Minis in the past absolutely love. I can tell you from experience that even the new Clubman and Countryman achieve that goal, so I’m inclined to believe Mini on this one. That’s great news, because plenty of people fear boring EVs (cough, cough, Tesla).

Obviously, the BMW i3 has influenced the electric powertrain of this concept. Mini hints at that, but won’t give really any details about it. The brand does acknowledge that its old Mini E concept influenced the design of the i3, so what comes around goes around.

Of course, the Mini Electric Concept looks like a proper Mini that got put through a heavy Tron treatment. The production version will no doubt be tamed down.

You can expect to see the first wave of Mini EVs hit the road in 2019. They’ll mark the 60th anniversary of the brand in a way John Cooper surely never imagined.