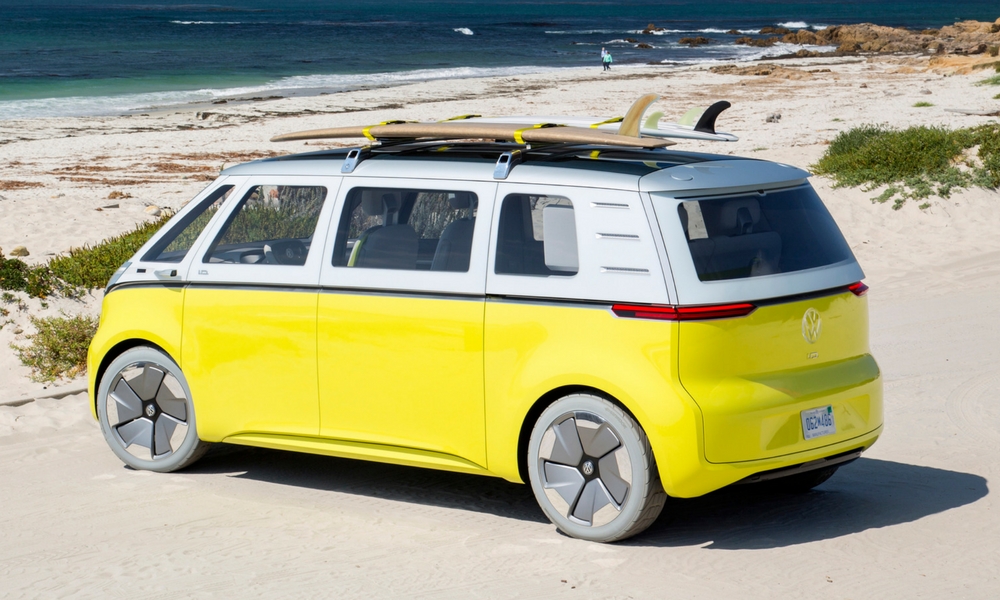 Volkswagen has a bad habit lately of taking a little too long to do the right thing. First it was Dieselgate, a scandal the automaker could’ve wrapped up so much sooner. Now, it’s the return of the Microbus in electric form.

Everyone knew when the I.D. Buzz concept debuted in Detroit back in January that it was a no-brainer move to bring the thing to market. After all, the Microbus has a cult following. Add to that the fact you can’t get another EV that’s anything like it, and the thing will probably sell like hotcakes – which, apparently, sell pretty quickly.

At any rate, the Microbus is coming back, and Volkswagen is celebrating with a highly self-congratulatory press release. It declares that the company is making a “bold decision.” I say hogwash – this is just a smart move. Bold would’ve been releasing the EV Microbus before Tesla launched the Model X, but whatever. We’ll take it.

Surprising nobody, VW announced the batteries in the Microbus will be mounted to the floor. Where else would it put them, in the nose? For the most part, Volkswagen’s announcement was full of these faux-surprises. One trick up VW’s sleeve was the announcement of a commercial cargo van version. A line of businesses and other organizations wanting to buy it is probably already forming, because few such things exist.

Please, Volkswagen, preserve as much of the Tron-like coolness from the concept. That’s my only request, because all cars should look like Tron set pieces.