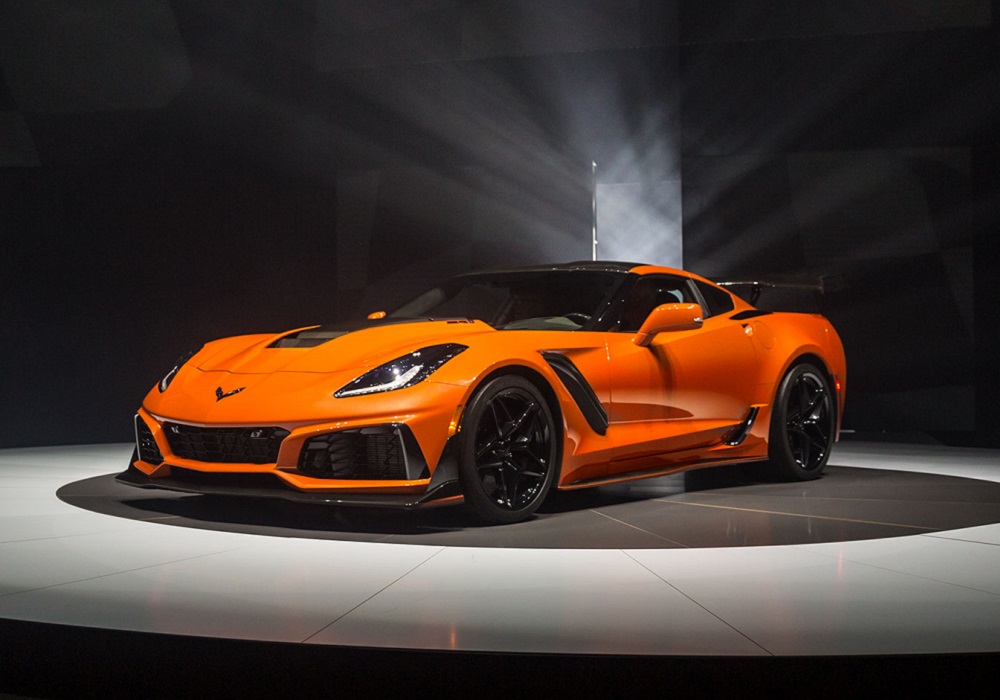 When the Corvette Stingray debuted in 2014, it took the world by storm. That said, it was missing one key ingredient ‘Vette fans seeked: a ZR1 version. After much clamoring — and some rumors the ZR1 would be the mid-engine Corvette — Chevy has announced the ZR1 will return in 2019 as a front-engine, rear-driven beast.

And when I say “beast,” I’m not tossing that around all willy nilly. This thing is certifiably insane, mostly due to its LT5 6.2-liter supercharged V-8 powerplant that throws down 755 horsepower and 715 pound-feet of torque — that’s a whopping 105 horsepower and 65 pound-feet more than the already-incredible Corvette Z06. Instrumental in this additional power is the ZR1’s dual-fuel-injection system that combines primary direct injection with supplemental port injection and its intercooled supercharger system that has 52 percent more displacement than the Z06’s supercharger.

For shifting duties, buyers can choose from a seven-speed manual and an eight-speed automatic. Believe it or not, this is the first time the ZR1 has ever had an automatic transmission.

This powertrain pushes the mighty Corvette ZR1 to a 210-mph top speed. Helping keep everything in check are a few special aerodynamic packages. There will be the standard Low Wing, which delivers the highest top speed, and the High Wing, which uses a large fixed wing to produce 950 pounds of downforce. The High Wing is included in the ZTK Performance Package, which also tosses in a front splitter with carbon-fiber end caps, Michelin Pilot Sport Cup 2 summer tires, and unique chassis and Magnetic Ride Control tuning.

Of course, we are just scratching the surface of the 2019 Chevy Corvette ZR1, and more will come out as we near its official release in the spring of 2018.