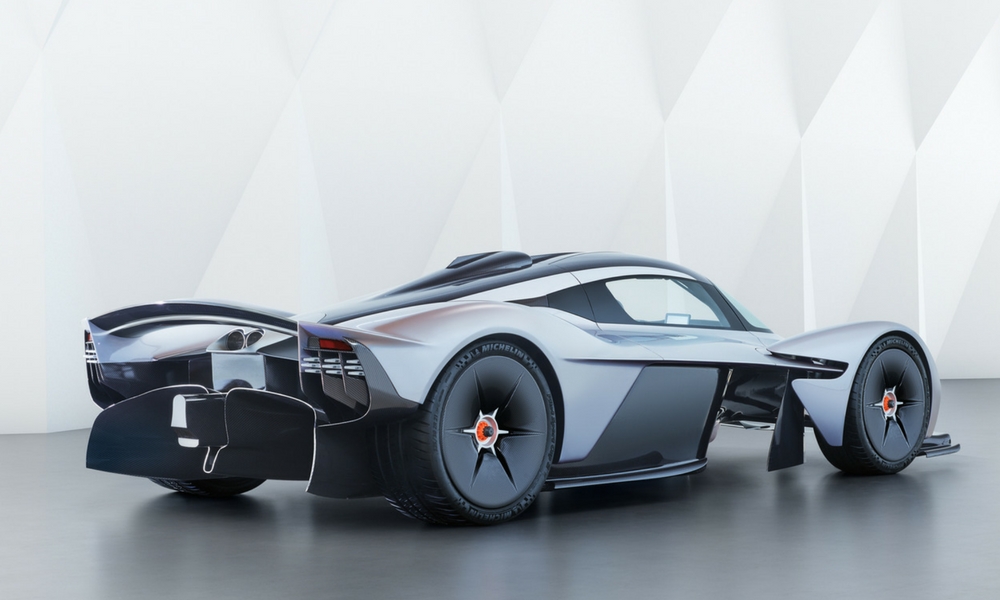 We’ve finally seen a near-production version of the Aston Martin Valkyrie, and it’s insane. Sure, this is supposed to be quite the hypercar, but Aston Martin is clearly pushing the envelope in just about every way possible.

The Valkyrie almost looks like some alien spaceship with wheels – weird wheels. It appears to be extremely lightweight, and it should be quite powerful.

Basically, the British automaker is preparing an LMP1 race car rich guys can drive on the road legally. That’s exciting and scary at the same time. The first one of these that gets obliterated by some trust fund brat will make plenty of people cry, guaranteed.

Aston Martin hasn’t revealed many specs for the Valkyrie, but it did talk some details. It’s a two-seater – no surprise there. The driver and passenger will sit with their feet up, like a proper racer. Before you think this is a short-person-only car, Aston Martin claims pretty much all tall guys can fit. Owners will get customized seats that accommodate their specific body type.

Reinforcing this is a street-legal racer, Aston Martin includes four-point harnesses as standard. The steering wheel has all the switchgear, just like in motorsports. Owners can remove the steering wheel, making the car harder to steal. Messages show up on a single OLED screen.