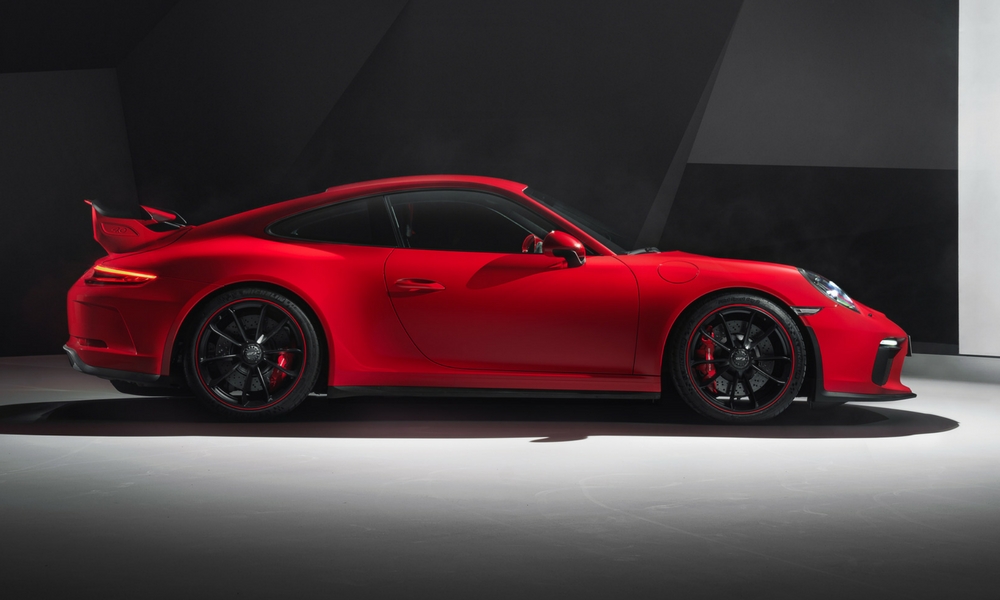 Remember how the Porsche 911 R got scooped up in a hurry? Many of them went for amounts well above the obnoxious suggested retail price. Enthusiasts complained, because they thought Porsche was pandering to trust fund kids who would crash the cars, or never drive them.

The latest rumor could erase all the pain and anguish Porsche caused, if true. Supposedly, you’ll be able to get the GT3 Touring Package, which outfits the car with the 911 R’s aero kit. That includes no rear wing, plus a manual transmission, most likely the one used on the 911 R.

Basically, this means you can get an enthusiast’s 911 R, or all the content but none of the flashy cosmetics. If you don’t plan on letting the thing collect dust in your mega mansion’s garage, this could be a tremendous track car.

Will this happen? It seems like Porsche is in the mood to fix past mistakes, like when it dropped the manual transmission completely from the GT3. Plenty of fans were pissed about how pricey the 911 R was, and how extremely limited the quantities were.