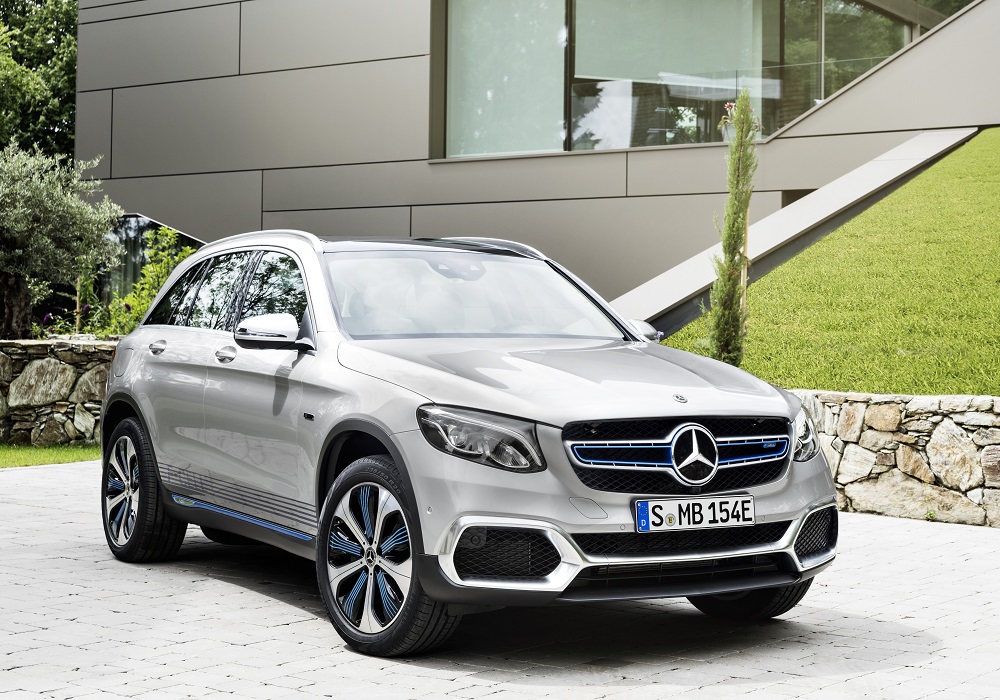 Mercedes-Benz has played around in the fuel-cell-vehicle realm since 2010 with its B-Class F-Cell, but it’s about to hit the segment big time with its latest FCV. The luxury automaker has gone full scale into the land of FCVs with the unveiling of the all-new GLC F-Cell.

Currently, the GLC F-Cell is just a preproduction prototype, but its preview at the Frankfurt Auto Show gives us a peek at its unique powertrain and more.

Instead of using the fuel cell to power electric motors full time, this model will be more of a plug-in hybrid of sorts. It will boast the typical hydrogen fuel cell, but it also will feature a 13.8-kWh lithium-ion battery pack to give this crossover a decent EV range of 30.4 miles on the generous NEDC cycle.

Combine the EV range with the 272 miles of range on its 9.7-pound hydrogen tanks afford it, and this green rig can travel more than 300 miles while emitting nothing but water. When compared to the B-Class F-Cell’s powertrain, the GLC F-Cell’s fuel cell delivers 40 percent more output, is 30 percent more compact, and uses 90 percent less platinum. The latter is a massive step in reducing the cost of these green vehicles.

Speaking of more output, the GLC F-Cell’s powertrain will produce 197 horsepower and 258 pound-feet of torque. While Mercedes-Benz didn’t reveal its 0-to-60 time, it did announce that its top speed is limited to 99 mph. Using its 7.2 kW onboard charger, owners can charge the GLC F-Cell via a standard household outlet, a wallbox, or a public charging station. Charging a depleted battery will take as little as 1.5 hours. The GLC F-Cell will have a series of options to choose from when driving. First, there will be three drive programs: Eco, Comfort, and Sport. There also will be four operating modes: Hybrid, F-Cell, Battery, and Charge.

Hybrid mode will draw power from both the battery and the fuel cell — the battery will handle power spikes, while the fuel cell will tackle the efficiency driving. In F-Cell mode, the battery’s charge is kept constant by the fuel cell while propulsion comes almost exclusively from the hydrogen. In Battery mode, the GLC F-Cell runs in full-EV mode. Finally, in Charge mode, the focus is charging the battery for later use or for power boosts when traveling uphill or during more spirited jaunts.

Mercedes-Benz plans to have the GLC F-Cell in U.S. showrooms by the end of 2019.