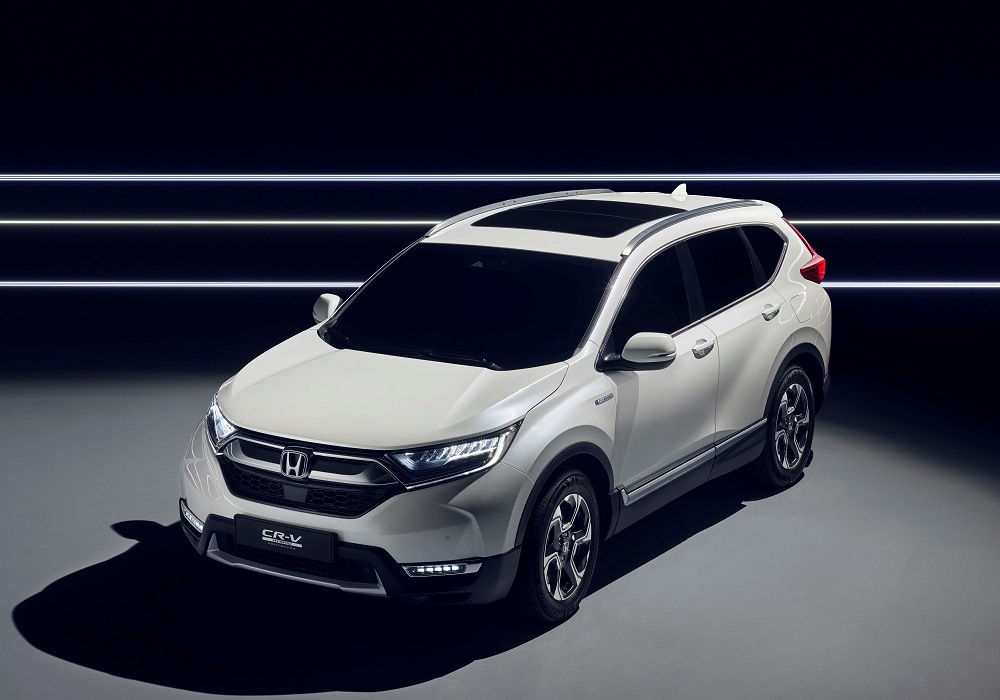 In 2017, we got our first taste of the all-new Honda CR-V, but Europe had to wait an extra year to get its first glimpse of it. Recently, Honda paid Europe back by revealing the soon-to-hit-production CR-V Hybrid Prototype, which seems like it’ll start life as a Europe-only model.

Before we all get too excited for a new green crossover, this is just a prototype, so there is no guarantee it’ll be the same once it arrives. That said, the CR-V Hybrid Prototype comes in a suit identical to the U.S.-spec CR-V, marking the first time the new CR-V body has set rubber on European pavement.

Under its hood, the CR-V Hybrid Prototype boasts a two-motor Intelligent Multi-Mode Drive system that includes a 2.0-liter i-VTEC atkinson-cycle engine, which provides propulsion and acts as a generator, a electric motor generator, and an electric propulsion motor. The power created by the hybrid drive unit heads through a single-speed transmission before hitting the pavement.

According to Honda, the CR-V Hybrid will spend most of its time alternating between Hybrid Drive and EV Drive modes.

There is no mention of when the CR-V Hybrid will make it to production, nor is there any info on its eventual arrival in the U.S. With the success of the RAV4 Hybrid and Kia Niro, though, I can only assume Honda would bring this model to the U.S. after a quick test run in Europe.