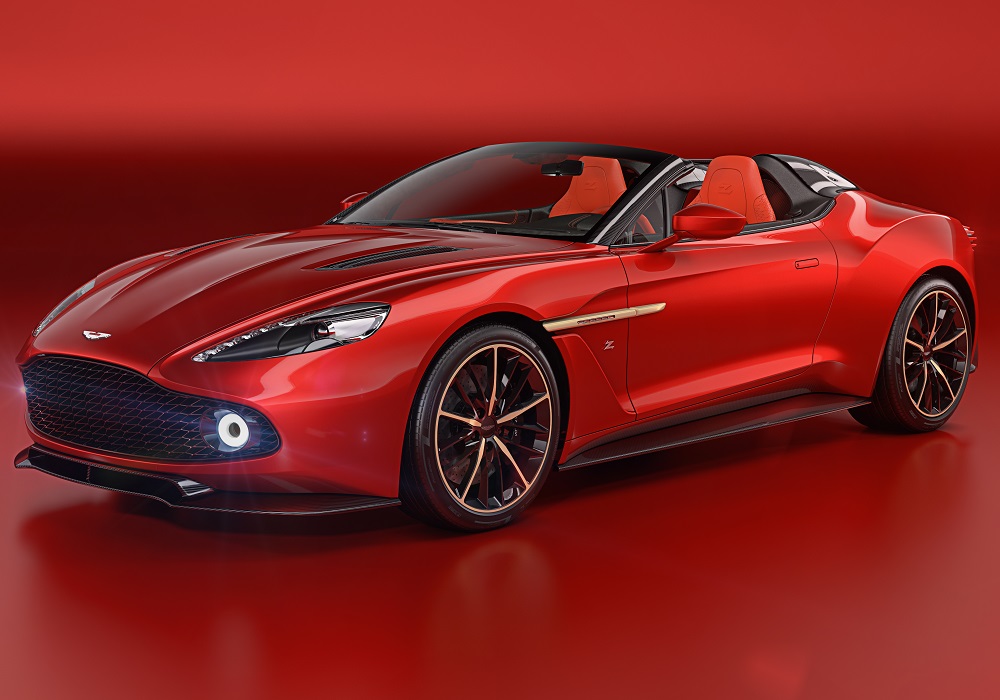 The Speedster, of course, is a roofless design that embraces mother nature. It boasts a pair of speed humps that protrude from behind the seats to signify the signature Zagato double-bubble roof, Aston Martin Vulcan-inspired blade taillights, and 3-D Zagato “Z” motifs in the grille.

The Shooting Brake is essentially the polar opposite of its Speedster sibling. This model boasts a long, flat roof line capped off with a power rear liftgate and the signature Zagato double-bubble roof. Despite its almost station-wagon-like look, the Vanquish Zagato Shooting brake actually has just two seats like the rest of the lineup.

Both models, like the other Vanquish Zagatos, are based on the Aston Martin Vanquish S, meaning they each boast a 580-horsepower V-12 mated to a Touchtronic III transmission. This powertrain pairs with an adaptive suspension system to deliver amazing performance in a straight line and in the corners.

Of course, pricing is not available, as Zagato only sells to select customers and it keeps pricing under wraps. Chances are, these 127 cars are already accounted for.