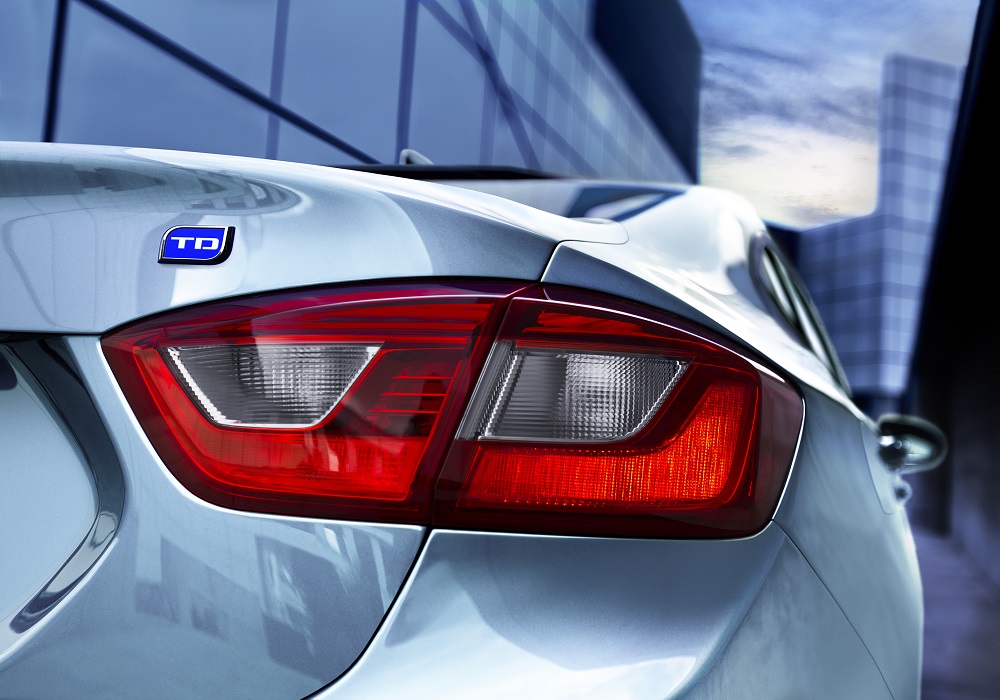 Since its redesign in 2016, Chevrolet has been working hard to get EPA approval to relaunch a diesel version. Recently, Chevy finally broke through the post-dieselgate super testing and is set to start delivery of the 2017 Cruze Diesel.

Today, Chevy officially revealed the first details on the new Cruze Diesel, and they are nothing short of incredible. In its last iteration in 2015, this fuel-saving sedan was already impressive with its 26 mpg city, 46 highway, and 33 combined ratings, but the 2017 model will blow it away.

With its standard six-speed manual transmission, the Cruze Diesel will deliver a hybrid-like 52 mpg highway — the highest of any non-hybrid vehicle — giving it a total highway cruising range of 702 miles. In the city, the Cruze Diesel with its manual transmission gets 30 mpg, while the combined rating checks in at 37 mpg. The optional nine-speed automatic transmission is a bit of a buzzkill, as it drags the fuel economy down to only 31 mpg city, 47 highway, and 37 combined.

Where does all this thriftiness come from? The Cruze’s new 1.6-liter turbo-diesel four-cylinder engine that produces a modest 137 horsepower and impressive 240 pound-feet of torque.

The Cruze Diesel won’t only be thrifty, as it’ll also have plenty of available features. These include available OnStar with 4G LTE, a built-in Wi-Fi hotspot, Android Auto, and Apple CarPlay.

Chevy didn’t announce whether the Cruze Diesel will vary in appearance from the gasoline model, but given the only image it released was of a taillight flanked by a “TD” badge, I assume there will be a few tweaks. We’re likely looking at little more that aerodynamic improvements, but probably just enough to set it apart.

The Cruze will roll into dealers later this year at a starting price of $24,670 (destination fees included).