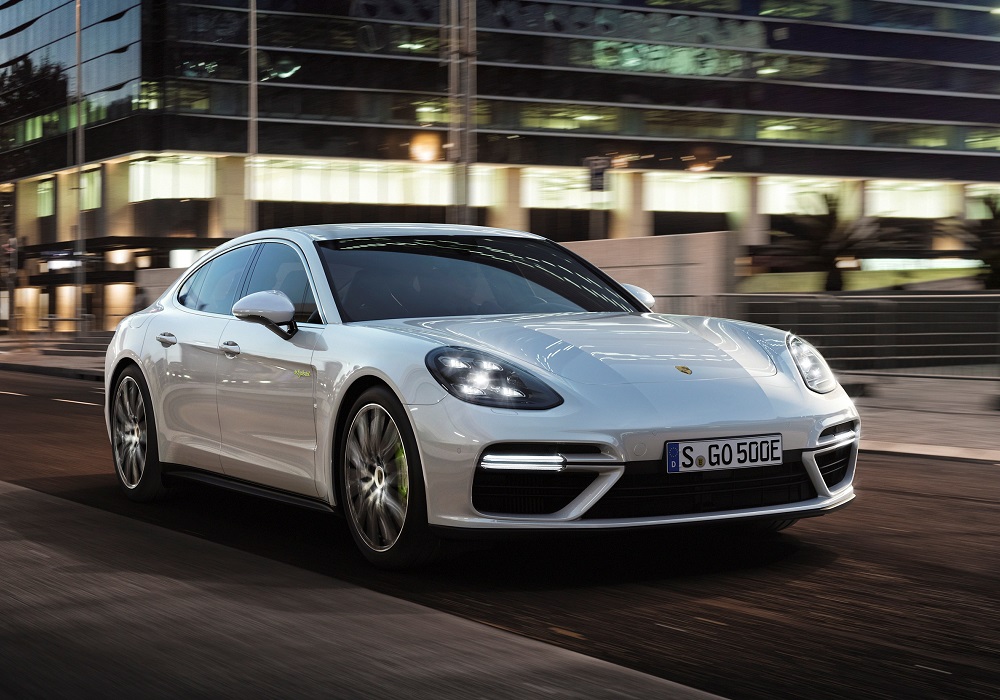 Porsche has already had plenty of success with its Panamera and its 4 E-Hybrid version, so it was only a matter of time until it did what everyone expected: make it faster. With the launch of the new Turbo S E-Hybrid version, that time is now.

The highlight of this hybrid version of the new-generation Panamera is its powertrain. It boasts a 4.0-liter twin-turbo V-8 engine that produces 550 horsepower and an electric motor good for another 136 horses. Combined, this plug-in powertrain produces a wild 680 horsepower and 626 pound-feet of torque. This hybrid powertrain connects to an eight-speed dual-clutch transmission and the power heads to all four wheels. This powertrain adds up to insane acceleration, as the regular model hits 60 mph in just 3.2 seconds and the Executive model does the same in 3.3 seconds. The latter model has a 5.9-inch longer wheelbase for added rear-seat legroom.

The electric motors draws its power from a 14.1-kWh battery, which allows up to 31 miles of all-electric range on a full charge. Speaking of charging, this powerful luxury rig will take 12 hours to charge on a standard household plug, but with the 7.2-kW onboard charger and a 240-volt source, this time is shortened to less than three hours. In Europe, the Turbo S-Hybrid received fuel economy ratings of 2.9l/100 km, which equates to 81 mpg. That will likely fall a bit, as the European testing is different than EPA testing here in the States. Official EPA testing will come closer to its launch date.

Power isn’t all this big sedan wants to be known for. This is evidenced by its standard carbon-ceramic brakes, Porsche Dynamic Chassis Control Sport, torque vectoring, Porsche Active Suspension Management system, and Sport Chrono Plus package. Inside, buyers will be treated to a new 12.3-inch touchscreen that is the highlight of the new Porsche Communication Management system. This system allows for different configurations for the driver and passenger, and it includes navigation and Apple CarPlay.