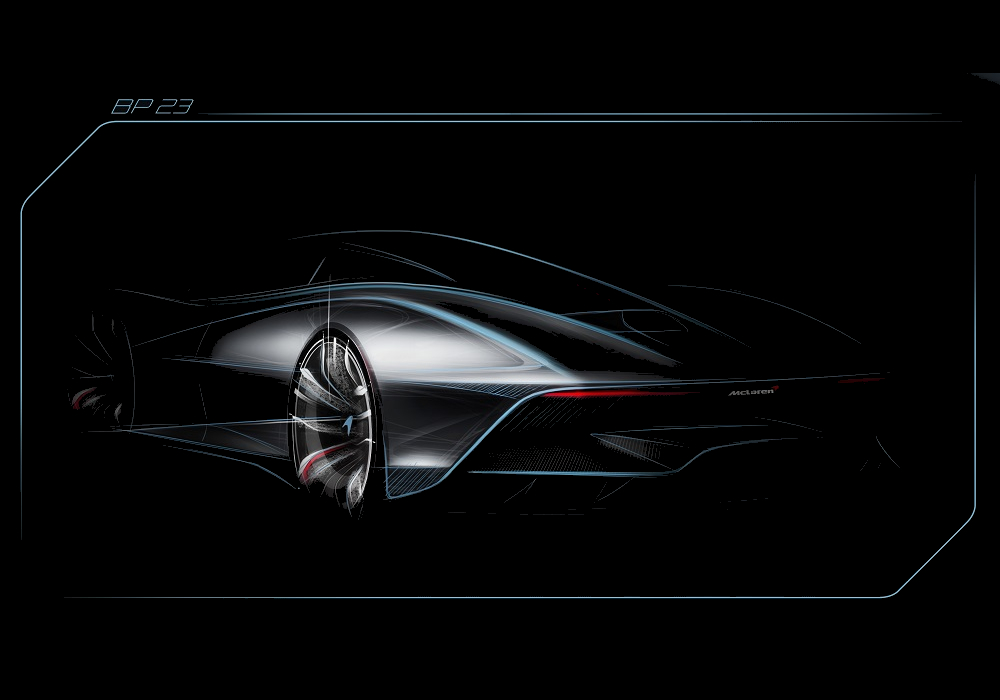 It’s no secret that McLaren is working on a new hypercar, but the British automaker has kept most of the details under wraps. Well, it couldn’t hold its tongue any longer, as it released a teaser sketch and a handful of details about this upcoming monster.

The McLaren “Hyper-GT,” as it’s called, carries the codename “BP23,” and will be the most powerful and aerodynamic McLaren ever. From the teaser image, it is clear that McLaren is tossing its design ethos out the window a bit with this new rig, as the folks at McLaren Special Operations are focusing more on sleekness than consistency with the current design language.

Unfortunately, the automaker didn’t reveal any really tasty details, like powertrain info or dimensions. It did, however, announce that it’ll build 106 examples of this hypercar – the same number as the McLaren F1 – and all of them are sold. So, if you had hopes of snagging one, you’re out of luck.

McLaren also announced that the Hyper-GT will be the most luxurious model of the Ultimate Series and will makes its way to the lineup sometime in 2019.

We’ll stay on the lookout for more details to emerge over the next few years, and we’ll likely see several iterations of it out testing. Stay tuned for updates.