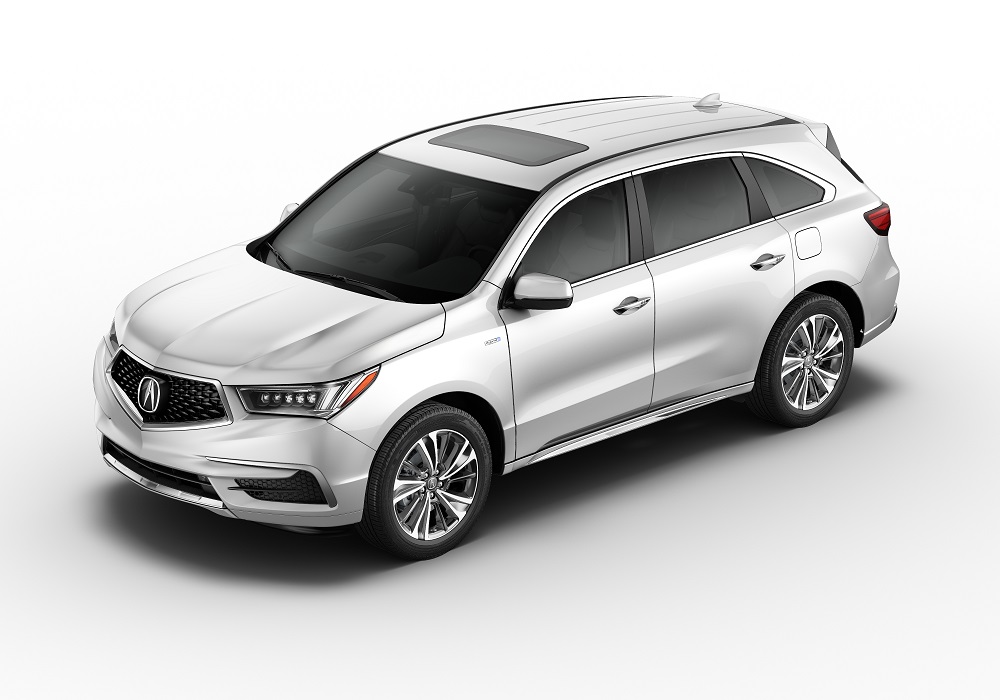 Acura is finally stretching its hybrid legs a bit and releasing its first-ever electrified crossover. Of course, the model receiving this treatment is the midsize MDX.

The MDX Sport Hybrid won’t have any crazy unique bits that set it apart from its base lineup visually. Some may not like this, but I love the fact that this thrifty (and powerful) crossover will look just like its siblings. What it will boast, however, is a 3.0-liter V-6 engine with 257 horsepower and 218 pound-feet of torque, and Acura’s three-motor drive unit that delivers immediate torque and pushes the total system horsepower to 321 ponies. The hybrid powertrain will mate with a seven-speed dual-clutch transmission and the SH-AWD all-wheel-drive system. The MDX Sport Hybrid will also gain a new, exclusive Adaptive Damper system and an expanded Integrated Dynamics System with four settings, including a Sport+ mode. This system will touch nine areas of the MDX, including the Active Dampers, electric motors, throttle, steering, and transmission to fine-tune the MDX to the driving conditions.

The MDX Sort Hybrid will come in only two versions: MDX Sport Hybrid with Technology Package and MDX Sport Hybrid with Advance Package. Both versions will include unique interior trim when compared to the gasoline models, stainless sport pedals, and wood trim. The MDX with Technology Package will come only as a seven-passenger model, while the MDX with Advance Package will use second-row captain’s chairs, which drops the capacity to six passengers.