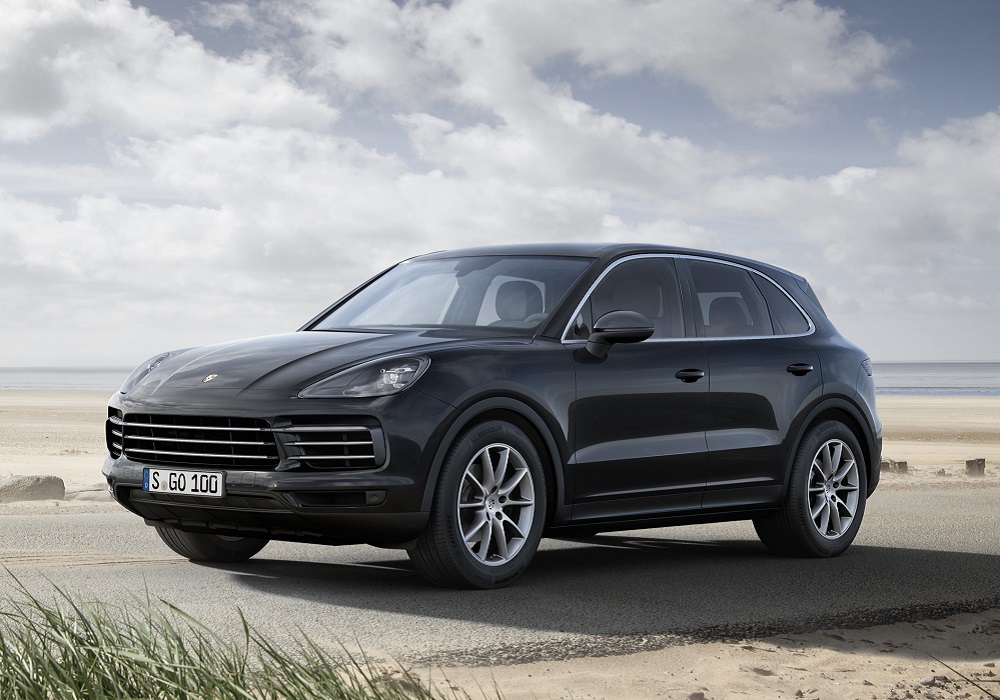 After a successful second generation that lasted eight model years, Porsche has just revealed the all-new 2019 Cayenne, which ushers in the third generation for the performance people hauler. It comes to us with a reworked, but recognizable, body, as well as new engines and much more.

On the outside, the 2019 Cayenne is recognizable as Porsche’s resident midsize SUV, but its details are all new. Porsche gives the new-generation Cayenne a wider appearance via horizontal light edges, wider and thinner taillights, a new light strip across the liftgate that bears the “Porsche” logo, and wider and more open air intakes.

In terms of size, the 2019 Cayenne is similar to the current model. Its wheelbase remains the same at 114 inches, while its length rises to 194 inches (2.9-inch increase) and its width is 78 inches with the mirrors folded (a 0.7-inch decrease). Thanks to its lighter chassis and lithium-ion battery, the Cayenne is 143 pounds lighter than the current model. Porsche didn’t dive too deep into the interior changes, but there are very obvious updates. The most striking is the new touchscreen, which is a 12.3-inch, full-HD unit that pushes the center air vents to below the screen instead of flanking it. It’s also clear that the center console is less cluttered and appears to boast touch-sensitive buttons instead of real ones. The front cupholders also are new, as are the door panel designs and the look of the dash. In front of the driver are analog gauges flanked by a pair of 7-inch full-HD displays that show driving data.

Things under the hood are also all new and include two new turbocharged V-6 engines. The base engine is a 3.0-liter single-turbo V-6 with 340 horsepower and 332 pound-feet of torque. The Cayenne S boasts a 2.9-liter twin-turbo V-6 that cranks out 440 horsepower and 406 pound-feet of torque. There is no info yet on the Turbo, Turbo S, or GTS versions, but this should come soon.

Both engines will pair with an eight-speed Tiptronic S transmission that delivers power to all four wheels. The base Cayenne will sprint to 60 mph in just 5.9 seconds, while the S model will do the same in 4.9 seconds. Adding the Sport Chrono package to either model will cut 0.3 seconds off that sprint time. Top speed in the Cayenne will check in at 152 mph and the S will top out at 164 mph.