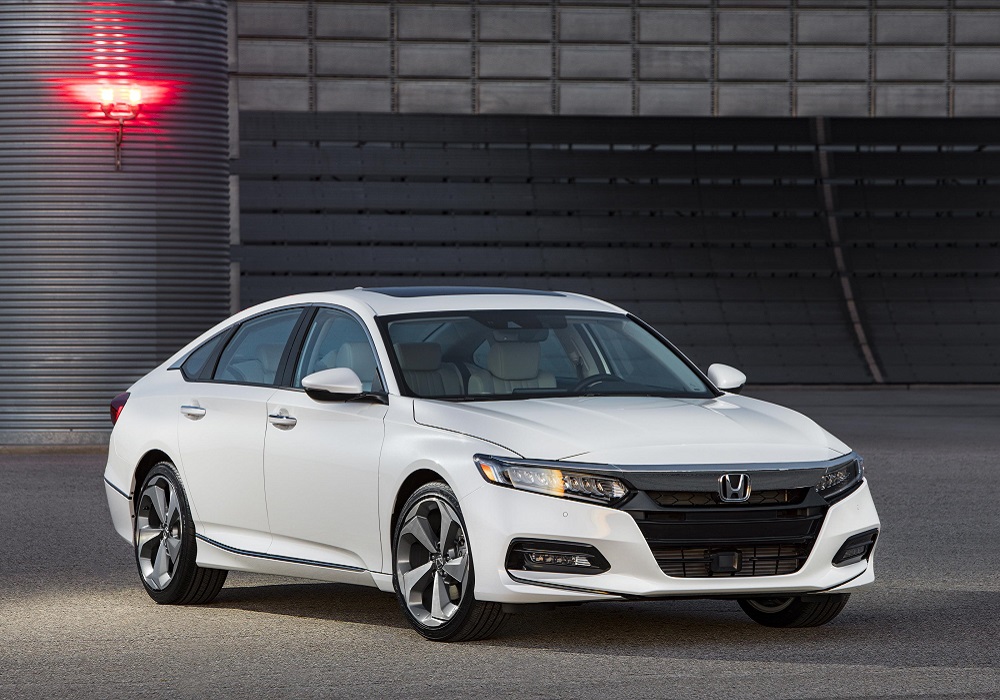 Since announcing the Accord would get a complete redesign in 2018, there has been some debate as to what the new midsize would look like. That debate all comes to an end now, as Honda has officially unveiled the 2018 Accord in the metal.

This is by far one of the more dramatic changes the Accord has undergone in its 10 generations, as not a single piece of metal went unworked. The 2018 Accord is 0.59 inches shorter in height, 0.39 inches wider, and rides atop a 2.16-inch-longer wheelbase. It also boasts a sportier stance with a 0.20-inch-longer front track and a 0.79-inch-longer rear track

On top of its new dimensions, the Accord also sports a completely new, more modern look. This body, which is stronger thanks to being 29% high-strength steel, is sporty while also being upscale-looking. Its hood is long and low, the overhangs are shortened, and its rear glass has an almost coupe-like slant. The front fascia is more upright than before, boasting a distinct T shape.

Around back, the new Accord takes on U-shaped taillights that are similar to those on the new Civic. The rear end also boasts trapezoid-shaped exhaust outlets for an added touch of class. The looks of the Accords revamped interior are also greatly enhanced in 2018. Honda enhanced visibility by lowering the front cowl, reducing the thickness of the front pillars by 20%, and moving the pillars rearward. Soft-touch materials are plentiful, while its design is simple yet modern.

On the tech side, the new Accord gains a new 7-inch TFT driver’s meter and an 8-inch Display Audio System with redundant physical volume and tuning knobs (THANK YOU, HONDA!). The infotainment system features Apple CarPlay, Android Auto, smartphone-like controls, and next-gen telematics. There will be three audio systems available, including a 160-watt four-speaker system on LX trims, an eight-speaker 180-watt system in Sport and EX trims, and a 10-speaker 450-watt system on EX-L and Touring trims.

Now, the powertrains. This is one area where there was no disagreement, and we were all correct. The base Accord will come with a new 1.5-liter turbocharged four-cylinder with 192 horsepower and 192 pound-feet of torque. The optional engine, which replaces the V-6, is a retuned version of the Civic Type R’s 2.0-liter turbocharged VTEC engine with 252 horsepower and 273 pound-feet of torque.

The base 1.5-liter will come standard with a continuously variable transmission, while the Sport trim will have either the CVT or a six-speed manual available. The 2.0-liter, on the other hand, will come standard with a 10-speed automatic transmission. The 2.0-liter-equipped Sport trim will have the automatic or an available a six-speed manual.

As for the revised Accord Hybrid, it will use a 2.0-liter Atkinson Cycle four-pot paired with a two-motor hybrid drive unit. There is no mention of output for the hybrid, but we should learn more about it soon. Pricing isn’t available yet, but it should arrive closer to the Accord’s fall release.