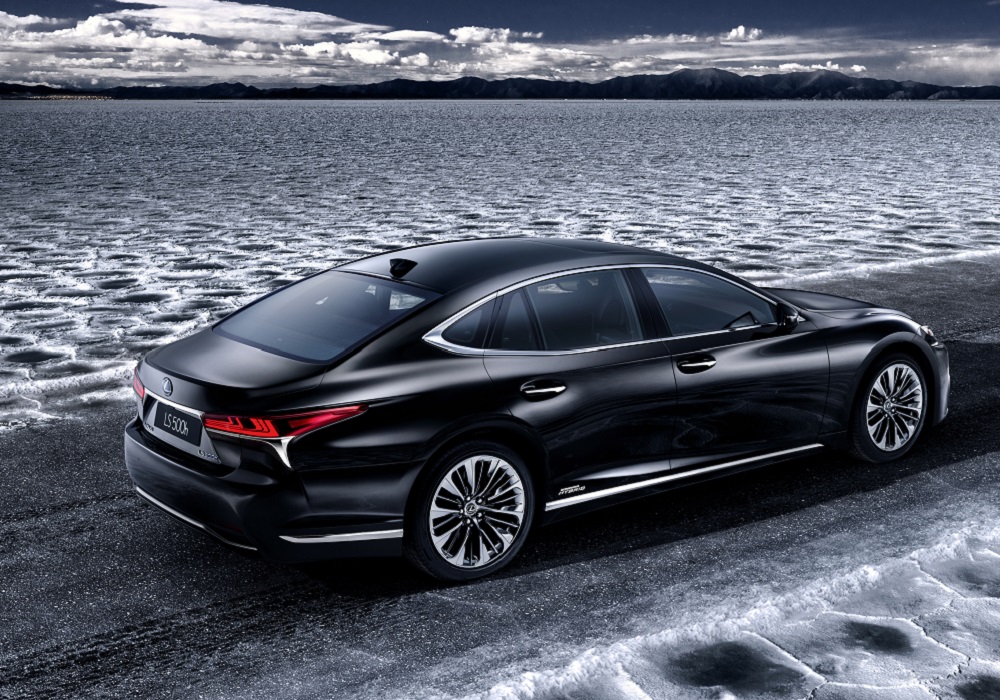 Lexus has been updating its sedan lineup over the past few years, but there is still one model that’s lagging a bit. I am, of course, talking about the flagship LS. This range-topping model finally received its new look with the reveal of the LS 500, and now the Japanese automaker has announced a new hybrid model will join the lineup. And we’ll see the all-new LS 500h at the 2017 Geneva Auto Show.

The details are scarce, but Lexus did release a preview image (above) that shows off the new LS 500h. The image is in the rear three-quarter position, so the rear end is the highlight. Here, it’s clear that, like the LS 500, the D-pillar is further back, creating the now-popular coupe-like look on this four-door. It will also feature new wraparound taillights like its sibling, and a shapelier rear quarter glass.

The front end will remain a relative mystery for now, but I can make out the downward slope of the hood, which makes it clear the LS 500h will adopt the sharper front end of its gasoline sibling. So, look for the bulging spindle grille, sporty headlights, and more aggressive front apron that Lexus sedans are known for today. It’s unclear if there will be any aerodynamic tweaks to help with efficiency.

As for what powers the 2018 Lexus LS 500h, there is not a single clue. Given this hybrid shares the “500” name, we could see a close relationship between it and the gasoline model in the powertrain department. Possibly a lightly detuned version of the 415-horsepower, gasoline-only V-6 with an electric motor pushing it back up toward the 415-horsepower mark. I guess we’ll have to wait to find out.

There are no other details for now, but this new flagship sedan will debut on March 7, 2017. Stay tuned for updates.