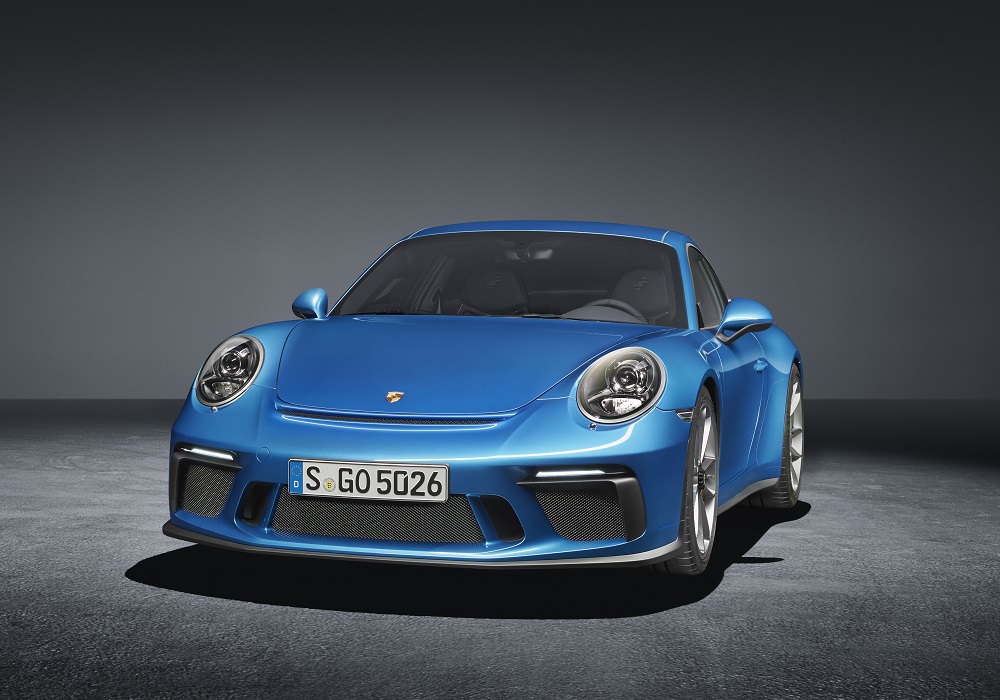 At the Frankfurt Auto Show, Porsche unveiled the latest wrinkle in the 911 GT3 lineup: the Touring Package. This package harks back to the days of the 1973 911 Carrera RS, which boasted “very pure 911 design and classic interior features.”

The changes to the exterior of the 911 GT3 with the Touring Package are mostly to the rear end. On the standard GT3, there is a fixed wing, but the Touring Package will replace this with an adaptive rear spoiler similar to that on the 911 Carrera. Also setting this model apart will be the lip on the rear spoiler, a “GT3 touring” logo on the rear grille, non-tinted taillights, and silver-colored side window surrounds, Sport Exhaust tailpipes and headlight washer system covers. Additional changes include non-tinted turn-signal lenses and center-lock alloy wheels. The interior of the 911 GT3 with the Touring Package will take on a more traditional look, as the typically standard Alcantara will not be available. Instead, Porsche will add partial-leather seats with cloth center inserts, leather-wrapped door panels, steering wheel, armrests and center console, black stitching, and black brushed-aluminum trim.

The Touring Edition will only be available on GT3 models with the manual transmission, and all the greasy bits will remain the same, including its 4.0-liter six-cylinder engine that cranks out 500 horsepower. The Touring Edition will be a no-cost option, so buyers can have this special less loud-looking GT3 for $143,600 plus the $1,050 delivery fee.