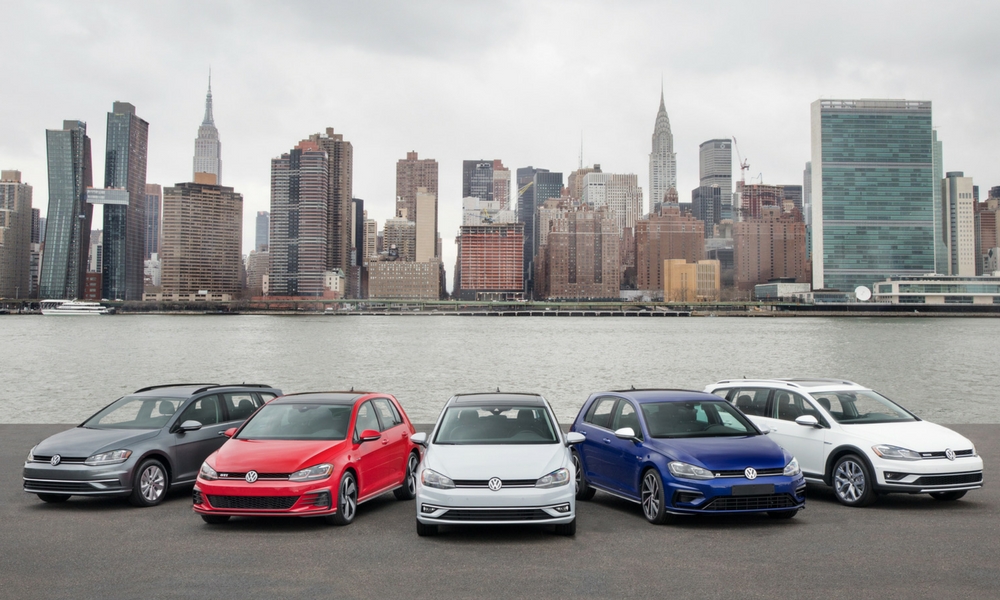 Let’s face it, the 2017 VW Golf lineup kinda sucks. Don’t worry, Volkswagen is refreshing everything for 2018, and it brought the evidence to New York.

All models gain new LED taillights and daytime running lights, plus automatic headlights. They’re also all gaining chrome grilles. You can get full LED headlights as an option, replacing the bi-xenon headlights. The two-door Golf isn’t making a comeback, and the regular four-door is still only being offered in three trims.

Thankfully, the Golf Alltrack and SportWagen are both getting reworked front fascias. They really needed the makeover.

Not much has changed in the performance department. The 2018 GTI gets a little power bump to 220 horsepower and 258 lb.-ft. of torque.

Other changes include standard 6.5-inch touchscreens, replacing the old standard 5-inch screens, or you can get an 8-inch screen. Golf R models gain the Volkswagen Digital Cockpit, which lets drivers change up what information shows on the dashboard.

We have no pricing info from Volkswagen yet, but I wouldn’t expect a significant increase versus the 2017 models.