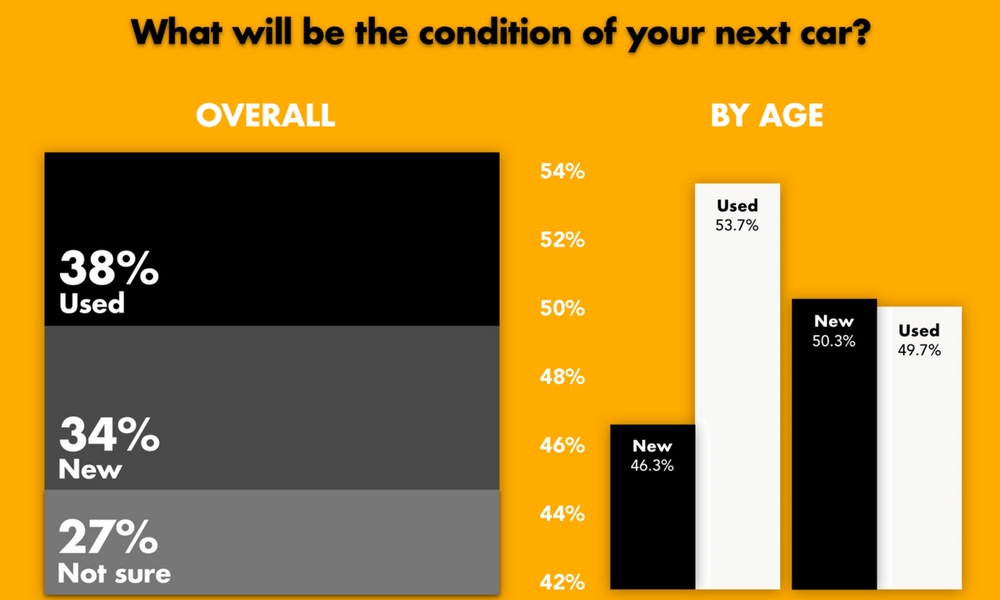 It’s no secret new car sales have slowed in 2017. Automakers used to be issuing press releases almost every month, boasting about the new records they were setting. Those days are over. While some claim this trend will be short-lived, a recent study from Autolist paints a different picture.

People are battening down the hatches. Autolist found that 38 percent of shoppers are looking for a used vehicle next, not something new. Only 34 percent are set on being the first owner of a car, while 27 percent of shoppers haven’t made up their mind.

Not shocking, younger shoppers are more likely to buy used. In fact, out of people under 40 years-old, 53 percent are looking to get something used. Obviously, they’re looking to save some cash. The odd thing is that Autolist found 47 percent of Millennials and 60 percent of Centennials saying they plan to own their next vehicle for less than 5 years. So they want something cheap, and to ditch it in the future, maybe as a bridge car. Or perhaps they’re hoping to have better buying power in a few years? Whatever the reasons, this could mean automakers need to buckle in for decreased sales.

Some automakers have less to worry about. Cadillac, Audi, Mercedes, BMW, and Chrysler owners were most likely to say they want to buy something new, but go back to the dealership after 5 years and buy new again. It’s probably no coincidence all but one of those are luxury brands.